“Young and the Restless” (YR) recap for Thursday, April 18, 2019, reveals that Phyllis Summers (Gina Tognoni) barges into Victoria Newman’s (Amelia Heinle) house to speak with Billy Abbott (Jason Thompson). Victoria will give them some time to talk while she checks on the kids. Billy tells Victoria they’re not done talking and hands her the ring box. She gazes at the diamond engagement ring.

At Sharon Newman’s (Sharon Case) place, Mariah Copeland (Camryn Grimes) and Tessa Porter (Cait Fairbanks) tell Sharon and Rey Rosales (Jordi Vilasuso) about the note that was attached to the brick that smashed into Crimson Lights.

The note reads: “Give up the gossip. You’re ruining people’s lives.” Sharon suggests that what happened could have something to do with Tessa. Rey asks Mariah who could be sending this message to Mariah, who says it could be a fan of GC Buzz. Tessa will search emails, while Sharon and Rey suggest looking at any security footage caught outside Crimson Lights.

Mariah says it hopefully is a one-time deal. Sharon assures Mariah it’s not her fault, and Rey will have the police patrol her street. Sharon asks Mariah and Tessa to spend the night and says Devon should be told what happened. Rey advises that Mariah and Tessa need to shake up their routines and buy a coffee somewhere else. 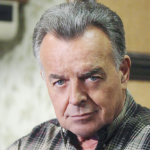 A brick and a note is not a spur of the moment thing, and the girls need to stay aware and trust their instincts. After Mariah and Tess leave, Rey tells Sharon about Nikki Newman’s (Melody Thomas Scott) request to look into Victor Newman’s (Eric Braeden) whereabouts. Sharon thinks Victor would not appreciate Rey interfering with his business.

Rey and Sharon begin to get intimate, reminiscing about the time they spend in the out-of-town motel room. Rey says he’s going to take Nikki’s offer, and won’t be gone for long. They kiss and make love.

Young And The Restless Spoilers – Jett Carver Is Practicing His Vocals

At Devon Hamilton’s (Bryton James) penthouse, Jett Carver (Gilbert Brown) is practicing his vocals on the piano while Ana Hamilton (Loren Lott) coaches him. Jett is preparing to perform at Devon and Abby Newman’s (Melissa Ordway) restaurant opening but he isn’t sure he can. Ana suggests that Devon can always find something else to sing last minute.

Devon opens the door, sharing his excitement about the restaurant opening. He doesn’t want to force them to perform, and he can find a replacement. But then he reveals a dazzling promotional poster of Jett and Ana. Devon shares that people are excited on social media, writing, “The original is back in the game.”

Devon believes it would be a great night for Jett and his fans and convinces them to perform after all. Later, Y&R’s Elena Dawson (Brytni Sarpy) shows Ana some of the dresses she could wear to the restaurant opening. Devon walks in and offers to pay for them to go shopping, but Elena isn’t having any of it and she storms off.

Ana tells Devon that Elena is proud, and isn’t going to take any handouts. Later when Elena and Ana are chilling on the couch, Devon brings a bunch of dresses from Hilary Curtis’ closet that Elena could wear. Elena says they’re beautiful, but is concerned about Devon’s wife. Devon wouldn’t offer if he wasn’t okay with it.

Billy arrives at Phyllis’ suite at the GCAC to talk. Phyllis wants Billy to be held accountable for sleeping with Summer Newman (Hunter King). Billy says he didn’t forget, and admits it was one of the worst things he ever did, and regrets doing it. Phyllis reminds Billy that neither Nick Newman (Joshua Morrow) nor Jack Abbott (Peter Bergman) knows about what he did to Summer.

Billy just wants this all to be over. Phyllis asks what he plans on doing about it. Phyllis doesn’t want to work at Jabot again and doesn’t have the funds to buy Fenmores. Instead, she wants capital to start her own business and would like Billy to make amends by helping her financially.

Young And The Restless Spoilers – Victoria Newman Considers The Proposal

Meanwhile, at home, Y&R’s Victoria flashes back to times when she and Billy had disagreements, and how hurt she was by Billy’s words and actions. She also remembers when she told him she’d be insane to get back with him again. She thinks about the fun times they had, along with the more difficult ones. She remembers Billy in the hospital when she asked him to come home with her.

Billy comes back to Victoria’s house, and says “Hope I’m not too late,” to which Victoria replies, “No, you’re not.” She asks about his conversation with Phyllis, and Billy says it’s about money. Victoria wonders why he’d help Phyllis. But Billy changes the subject and asks Victoria if she looked at the engagement ring, and think about his proposal. Victoria says they could be a disaster. “Not this time,” Billy says with confidence.

But Victoria isn’t convinced; she can’t give him an answer right now. They’re supposed to be taking things slow, but then a ring? Victoria wants to do it right, and for good. She doesn’t want either of them to hurt each other or the kids. So for now, she shouldn’t hold onto the ring – but she’s also not saying, “No.” And that’s a wrap. Don’t forget to check often with Soap Opera Spy for all your soap needs.