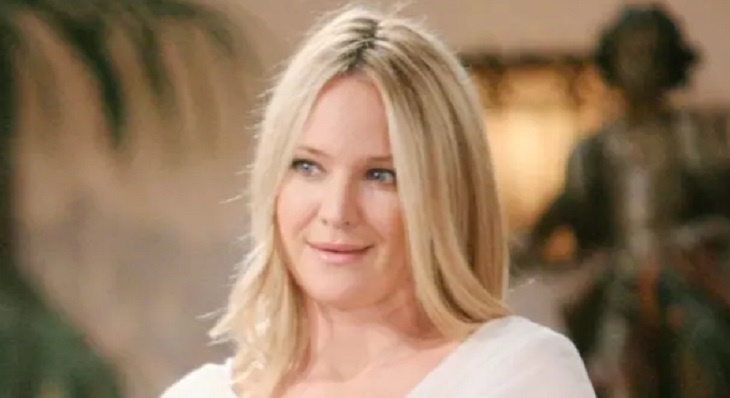 Sharon (Sharon Case) likes Rey (Jordi Vilasuso) on ‘The Young and the Restless’. Mr. Rosales feels the same way about Case’s character. The problem for Sharon is that her emotions, as opposed to ‘Rey’s’, impact far more characters within her two-level storyline.

Purely on a personal basis, Rey is married and is not currently pursuing Sharon. She also isn’t after him, at the moment. With ‘Mey’s’ situation being fluid, it’s possible that ‘Shey’ could form on any particular day. Doing so would create emotional strife for three individuals, which includes Mia (Noemi Gonzalez).

Mariah (Camryn Grimes) is more concerned that her mom’s closeness with Rey will lead to severe legal trouble for at least five Genoa City residents: Sharon, herself, Nikki (Melody Thomas Scott), Vickie (Amelia Heinle), and Phyllis (Gina Tognoni), otherwise known as the “Fearsome Foursome”, plus one.

Vickie’s dub of the hastily created gang was accurate because that majority-rule opted not to report J.T. Hellstrom’s (Thad Luckinbill) accidental death last spring, buried his body at Chancellor Park, and most recently threatened Tessa (Cait Fairbanks). They are fearsome because of how the aftermath to the tragic aftermath immediately played out and because of the unpredictability of what individual freelancing could bring next.

Sharon’s belief that she can outwit Rey through her ongoing attempts to prey case information out of him is naive. Unlike numerous other guys, most especially Nick (Joshua Morrow), Rey is not fully swayed by Sharon’s romantic appeal. He’s committed to Mia and to a full resolution of the Hellstrom case, no matter what it takes.

Detective Rosales has believed from the jump that Sharon was the weakest link, in that she’s not as invested in covering up whatever the other crew members continue to conceal. On the plot point, Rey is probably right.

Young and The Restless Spoilers: Cane Gets Letter From Lily, Can’t Get Victoria Out Of His Mind https://t.co/rY441H4rmf pic.twitter.com/SA9GUkGd2N

Sharon sincerely wanted to tell the police everything last April. While agreeing to be part of the Foursome, she still holds the ability to spill in order to purge her soul. Rey’s main play isn’t for Sharon’s heart, it’s toward her conscience.

Days of Our Lives Spoilers: Karma For Leo – Sonny’s Fate In Xander’s Hands