Young and the Restless Spoilers: Victor Plays Defense – Can He Clear His Name? 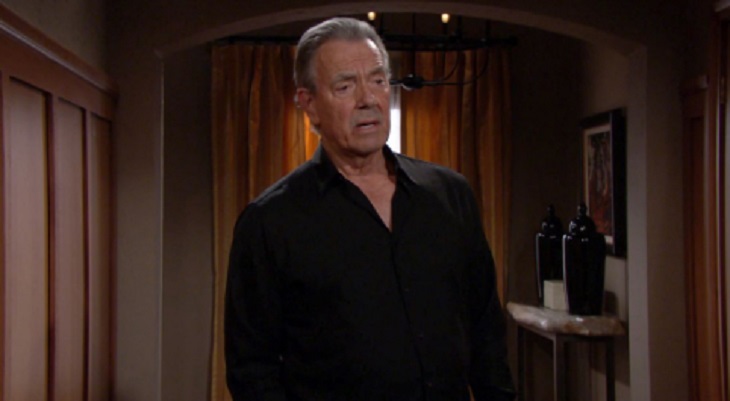 The Young and the Restless spoilers tease that Genoa City is going to be feeling anything but love this Valentine’s Day. As a matter of fact, quite a few of our favorite character will find themselves playing defense as they try to stay out of the line of fire, including Victor Newman himself. Here’s what you need to know.

Apparently, the truth will soon come out about JT, leaving many people, including Victoria, Nikki, Sharon and Phyllis, shaking in their designer heels. One of the four ladies though will end up turning against the rest of the group.

Mal Young, who is soon leaving as the show’s head producer and writer, recently told CBS Soaps in Depth that there will be a lot of drama unfolding in the coming weeks. He tells the publication, “There moment of truth about JT’s death is around the corner and the alliance of the fab four – Nikki, Phyllis, Sharon and Victoria – will explode when someone in the group goes rogue.”

If that weren’t enough, it looks like the Newman family is also being targeted. Young adds, “Someone with a major grudge against the Newmans will use JT’s death as an opportunity to exact revenge for unfinished business. Victor will have his work cut out for him as he tries to stay one step ahead of this unknown enemy, vowing to protect Nikki at all costs.”

But here’s the thing: The Young and the Restless spoilers indicate that Sharon will receive an email with an audio clip of Victor revealing that he wants to get rid of a ‘murder weapon.’

Needless to say, Sharon is left in shock over the clip. And while she can’t tamper with the evidence, she feels as though she needs to tell someone about it. She will end up going to Nick, who will feel absolutely floored over this new piece of evidence.

The Young and the Restless airs weekdays on the CBS network. Check your local listings for times. Also, drop us a line with your thoughts in our comments section below.