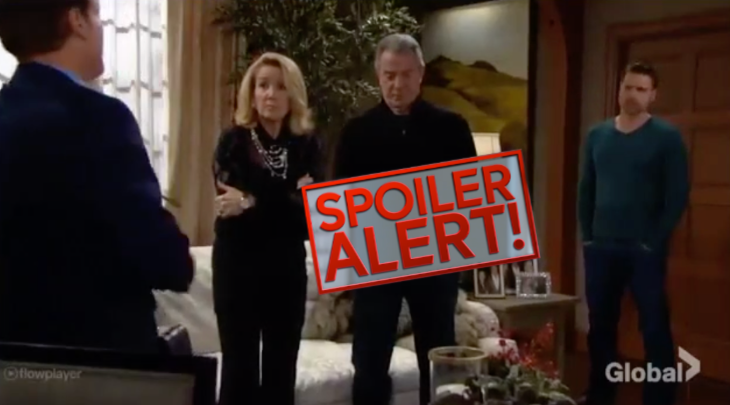 “Young and the Restless “ (Y&R) spoilers for Thursday, February 7, 2019, indicate that Christine (Lauralee Bell) will waste no time in trying Victor (Eric Braeden) for murder once she hears the damning audio tape.

At Newman Ranch, Victor and Nikki (Melody Thomas Scott) discuss the recording that Sharon found on the anonymous GCPD email tip line. Victor tells her not to worry.

“How can I hope for the best when our future lies in Sharon’s (Sharon Case) hands?” Nikki says. Sharon arrives at Nick’s (Joshua Morrow) and tells him she couldn’t delete the recording Rey knows about it. He thanks her again for telling him and Sharon says that no matter how many differences she’s had with his family, “there is a part of me that will always be a Newman.”

Nick tells Sharon she has been very loyal, especially after the way he treated her. He gets upset, thinking about Victor sitting in a prison cell for something he didn’t do. Sharon puts her arm around him.

Meanwhile, Rey (Jordi Vilasuso) is pumped as he walks around his apartment. He tells Mia (Noemi Gonzalez) that once Victor goes to trial, he’ll have a lot more time to spend with her.

Mia wants the whole story of how he acquired the evidence against Victor. Rey doesn’t want to tell her, but she keeps pressing so he says Sharon was filling in on the tip line and found the email. Mia is not pleased.

At the Abbott estate, Lola (Sasha Calle) tells Abby (Melissa Ordway) she and Kyle (Michael Mealor) had “an extinction level” argument the day before. She summarizes the events of the day before and then complains about Summer. Abby advises her to trust herself and that if Kyle is the right guy, she’ll know.

Over at the Athletic Club, Kyle gazes at Lola’s contact photo on his phone just as Summer (Hunter King) sits at the table with him, all smiles. She asks Kyle what’s wrong and he tells her Lola hasn’t called him. Summer asks why Lola won’t have sex with him and says she thinks it’s a waste.

Mariah (Camryn Grimes) arrives and sees Kyle and Summer sitting together laughing. She heads to the table and says she needs to talk to Kyle so Summer leaves. Mariah asks him why he was “yukking it up” with Summer. She tells him to use his brain and if that if he keeps it up, he will lose Lola. Kyle says maybe he has more in common with Summer than he does with Lola.

At Crimson Lights, Mia runs into Lola, who tells her she and Kyle argued. Mia suspects the problem is another woman and Lola basically confirms it. She fills Mia in on Summer and mentions the “no sex” part of their relationship. Mia asks why they’re not having sex and is surprised to find out Lola is a virgin. She tells Lola that intimacy with a partner is an important part of a relationship and she should go to Kyle and make things right.

As Sharon pours coffee, Mariah asks her why some people can’t see they’re with someone who is terrible for them. Sharon says choosing a person who is bad for you is an easier choice. She tells Mariah that if two people aren’t meant to be together, hopefully, one of them will see the light and break free. Just then, Rey walks in and looks back at Sharon and Kyle rushes into the coffee shop just after Lola walks out the side door.

My dear friends… today our beloved Kristoff St. John’s last episode of “The Young & the Restless” airs… let’s honor this great man by retweeting & spreading the word & making this one of #yr ‘s highest rated episodes ever! #GoneButNeverForgotten #MyBrother pic.twitter.com/DlqF8iOH8G

Victor, Nikki, and Nick listen to the recording and Nick asks how they can fight it. Victor and Nick say the conversation was taken out of context. Michael says if there’s anything they’re keeping from him, now would be the time to tell him. They say nothing.

Michael then tells Victor he should get his affairs in order. He says maybe Victor should change his plea and he can argue self-defense because the recording undermines the entire case. Victor says he won’t plead guilty. Michael tells Nick that Christine could charge him too, which horrifies Nikki.

After Michael leaves, Nikki said she’s not going to stand by and let Victor and Nick go to prison. Nick hugs his parents and heads home. Victor tells Nikki they have just begun to fight. 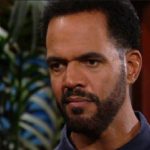 “It’ll be a cold day in hell before any of us go down because of J.T,” Victor says. Make sure you don’t miss Friday’s episode, which will include a special tribute to Kristoff St. John. We’ll give you updates as other news comes in. Stay tuned to the CBS soap and don’t forget to check Soap Opera Spy often for the latest Young and the Restless spoilers, updates, and news.