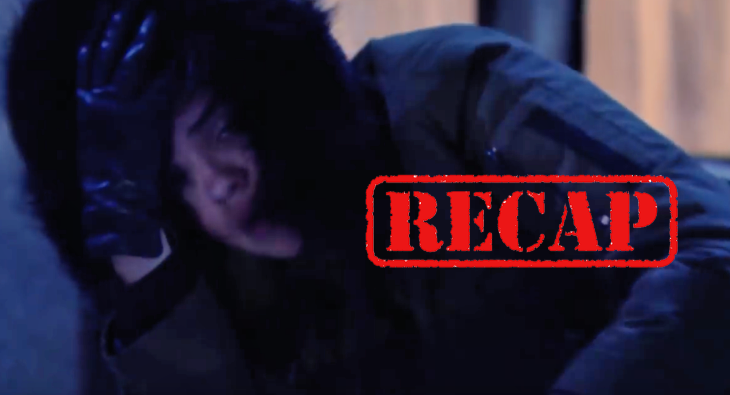 Young and the Restless” (YR) recap for Friday, February 15, 2019, reveals that over at Sharon McAvoy’s (Sharon Case) place, Rey Rosales (Jordi Vilasuso) points out she said ‘we’ had no choice. He needs her to tell him the whole truth. Sharon ruminates about coming face-to-face with a monster, killing it, then becoming him. She insists J.T. Hellstrom’s (Thad Luckinbill) death was an accident and every day since was a nightmare. Rey asks who was there and promises to protect her.

Sharon cries, “Everyone.” He guesses Nikki Newman (Melody Thomas Scott), Victoria Newman (Amelia Heinle), and Phyllis Summers (Gina Tognoni) and then realizes Sharon witnessed J.T.’s murder and never said a thing. When he asks, Sharon walks him through it. She explains they covered it up because they were unsure the police would see it as self-defense. Rey Rosales exclaims that it wasn’t and it was murder!

He sighs and admits the circumstances would be taken into account. Sharon reveals they made a pact never to tell anyone and buried him in Chancellor Park. She explains it went missing and has been a nightmare. Rey holds her. “It’s going to be okay.” Sharon insists she’s not a criminal, but Rey reminds her she handed him evidence against Victor Newman (Eric Braeden) like a set-up. Sharon protests that she didn’t want an innocent man to go to jail.

A dangerous alliance is exposed today on #YR. pic.twitter.com/ty3TlH26sG

At Victoria Newman’s place, Billy Abbott (Jason Thompson) has Chinese takeout and assures her they’ll always be connected. Victoria’s pleased they can count on him and hopes he would step up full-time if needed. Billy asks if she knows something he doesn’t. Victoria muses they can’t control what happens down the road. Billy promises he’ll do anything for the kids, but she’s not going anywhere. They embrace as he reassures her. Billy wants to know what’s going on as she asks about him looking out for the kids if she was gone again. A knock comes at the door and her eyes widen. Billy watches as Victoria’s led out by the police in handcuffs.

Nick Newman (Joshua Morrow) and Phyllis Summers kiss in bed at home. They eat chocolate-covered strawberries and Nick declares it the best Valentine’s Day ever. Phyllis wishes things were as simple as they were back at Pepe’s Roadhouse. Nick likes complicated and says it’s always complicated with her and he loves it. Later, they’re still reminiscing about Pepe’s Roadhouse when the doorbell rings and someone bangs at the door. After, Nick watches as Phyllis is led out by the police in cuffs.

At the Club, Abby Newman (Melissa Ordway) confronts Mia Rosales (Noemi Gonzalez) about clinging to the past with Arturo Rosales (Jason Canela) and calls her desperate. Mia thinks Abby’s the one who looks desperate to hang onto her man. Abby advises Mia to look for attention elsewhere – Arturo’s taken. Mia taunts that if she wanted Arturo, she could have him. Arturo intervenes as Tessa Porter (Cait Fairbanks) and Mariah Copeland (Camryn Grimes) comment to one another they’re glad they’ve no drama and toast to being the boring ones. Meanwhile, Abby tells Mia to grow up and remarks that she doesn’t belong.

Today on #YR, the Valentine's party doesn't go as planned when Abby and Mia confront each other. WATCH FULL EPISODE: https://t.co/zDKc2MeZPp pic.twitter.com/4XblzJh5BP

Mia wonders if Arturo wants the little rich girl telling him what to do. Arturo thinks she’s had enough to drink. Things escalate as Mia threatens to punch Abby and they trash each other. Tessa and Mariah approach as Abby sneers that Mia has no one because she is no one. Mia grabs Abby by the hair and dares her to say something else. Abby rips her necklace off and calls her out for panting over Rey’s brother. Mariah and Tessa hold Mia back. Abby has her thrown out. Mia tells Arturo he’ll regret the day he met Abby as she goes.

Next, Lola Rosales (Sasha Calle) appears and updates Abby and Arturo that she caught Kyle Abbott (Michael Mealor) with Summer Newman (Hunter King). Kyle shows up, protesting, and Arturo threatens to take him outside. Kyle persists. Arturo and Abby insist he leaves. Kyle goes but vows he loves Lola and will fix this. After, Arturo tells Lola she’s better off without the guy, but Abby urges her to hear Kyle out. Abby lends Lola her coat as she heads home.

Next week on #YR, Sharon confronts Rey, Phyllis offers Christine a deal, and Nikki reflects on her past. pic.twitter.com/cekjSt2gC2

At Crimson Lights, Tessa Porter worries they’re breaking and entering but Mariah Copeland has a key and points out they’re not inviting friends. They slow dance. Lola Rosales knocks. They encourage her to talk and she updates them. Mariah surmises Summer Newman found out he was alone and threw herself at him. Tessa concurs. They counsel that love has obstacles and convince Lola to go find Kyle Abbott.

At Sharon McAvoy’s house, Rey Rosales places her in cuffs.

At the Abbott mansion, Lola Rosales, wearing Abby Newman’s coat with the hood up, looks for Kyle Abbott and heads around to the pool house. As she gets a text from Arturo Rosales, someone in heels shoves her from behind. She falls, bangs her head, gets up dizzy, and falls into the icy pool water.