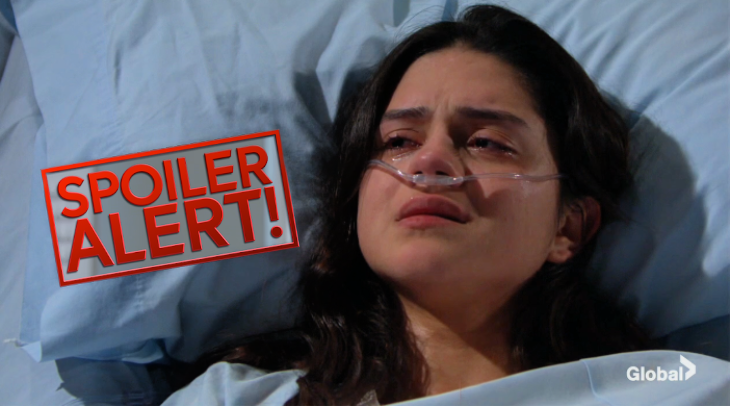 “Young and the Restless” spoilers for Monday, March 25, tease that a shocking rescue mission is on the way. Outside the cabin, Victor Newman (Eric Braeden) and Nick Newman (Joshua Morrow) appear. They talk to Billy Abbott (Jason Thompson) and Phyllis Summers (Gina Tognoni) about the women being trapped inside with J.T. Hellstrom (Thad Luckinbill), who’s armed.

After they smell a gas leak, the guys carry the women to safety before dragging J.T. out as well. Rey Rosales (Jordi Vilasuso) shows up to help, but he doesn’t like Victor’s idea of a phony story. He insists on telling Christine Williams (Lauralee Bell) the truth, and that’s exactly what he does.

At the police station, the cover-up crew members are back in handcuffs. Rey confesses to Christine, who reels over the trap he set. She needs a chance to figure things out, so the women are sent to a holding cell. Before Sharon is taken back, she wonders what’s going to happen. Rey says a judge will hopefully overturn the conviction, but he doesn’t want Sharon to fret about the consequences for him.

End scene is JT lying in a hospital bed. Christine has come to visit him.
I can't wait to see this next week.#YR pic.twitter.com/VXOMRSyfRe

Christine faces Victor’s wrath briefly before ending up at the hospital, where J.T. has been admitted. She glares at him in his room while Kyle Abbott (Michael Mealor) learns Summer Newman (Hunter King) should be fine. Dr. Nate Hastings (Brooks Darnell) has every reason to believe Summer will make a full recovery.

Summer awakens to see Kyle for a moment before falling asleep again. Mariah Copeland (Camryn Grimes) pops up and pushes Kyle to tell Lola Rosales (Sasha Calle) the truth. There’s no point in putting it off any longer. Lola gets excited when Kyle walks in, but he shuts down her request for a kiss. He admits that Summer was the only match, so he married her to get a liver transplant for Lola.

Lola reflects on how Kyle never really got over Summer. She asks if they slept together, so Kyle confirms it. He contends that he was willing to do whatever he had to do. Saving Lola’s life was all that mattered to him. Lola is appreciative, but she thinks it’s time for Kyle to go be with his new bride. We see some tears for both Kyle and Lola as they’re forced to part ways.

Back with Summer, Mariah visits her and indicates that hatred doesn’t cover how she feels anymore. Thanks to Summer’s latest behavior, Mariah just feels sorry for her now. Over with Mia Rosales (Noemi Gonazlez), she gripes to Arturo Rosales (Jason Canela) about Rey kicking her out. Mia warns that Abby Newman (Melissa Ordway) will find out they had sex if he doesn’t help her.

Arturo fires back that maybe he’ll just tell Abby himself. He notes that it might be better than letting Mia have so much control. At the athletic club, Kerry Johnson (Alice Hunter) covers when Jack Abbott (Peter Bergman) spots “PC” calling on her phone. Once Jack leaves to help Dina Mergeron (Marla Adams), Phyllis approaches Kerry with a work question.

Some mail has been floating around Jabot with the name Dominique Caroll on it. Phyllis doesn’t know what department she works in, but Kerry pipes up that Dominique is her new intern. When Phyllis seems uneasy about the whole thing, Kerry thinks it seems like Phyllis doesn’t trust her. Later, Kerry texts her mysterious boss that the final paperwork has arrived. They’re ready for their next move.

At the Abbott mansion, Traci Abbott (Beth Maitland) fills Jack in on Dina’s episode. Her day went downhill when she couldn’t find Ashley Abbott (Eileen Davidson). Jack reassures his mom that Ashley is just fine in Paris, but Dina insists she misses Ash and wants her to come home.

“The Young and the Restless” spoilers say Ashley will indeed make it back to town later this week. She’s got a bomb to drop, so don’t miss the hot drama ahead. We’ll give you updates as other Y&R news and rumors emerge. Stay tuned to see what’s next in Genoa City.