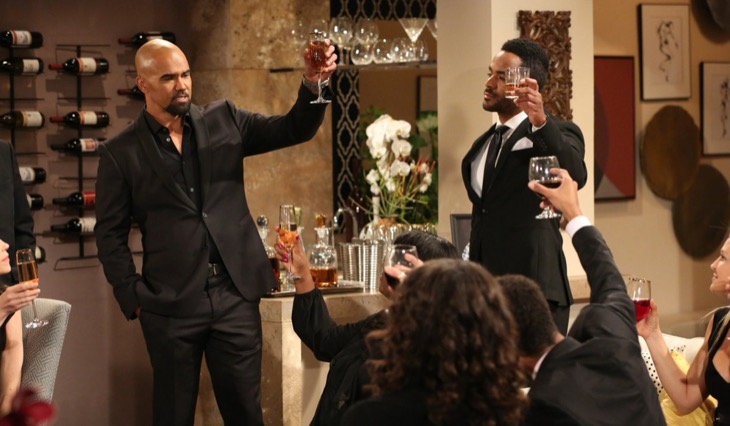 “Young and the Restless” spoilers for Friday, April 26, tease that there’ll be a celebration of Neil Winters’ (Kristoff St. John) life. At the penthouse, Malcolm Winters (Shemar Moore) suggests they ditch the tears and reflect on good memories. Ana Hamilton (Loren Lott) sings a jazz tune that Neil used to love. Everyone recalls Neil’s old club, Indigo, and viewers see a flashback of Neil showing it to Devon Hamilton (Bryton James).

After the guests join in Malcolm’s toast to Neil, Mariah Copeland (Camryn Grimes) tells Devon she’ll come running if he ever needs anything. Devon thinks about how much he owes to Neil and has a flashback. He remembers Neil supporting his dreams and believing in him.

Next, Cane Ashby (Daniel Goddard) talks to Jill Atkinson (Jess Walton) about his decision to leave Chancellor. They discuss the divorce, which Lily Ashby (Christel Khalil) still wants. However, Cane isn’t ready to throw in the towel yet. 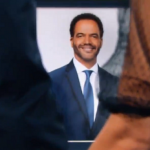 Nearby, Malcolm speaks to Lily about how strong she was to speak at Neil’s funeral. She has a flashback of Neil getting her through some difficulties and receives more encouragement from Malcolm. Billy Abbott (Jason Thompson) gives Lily a hug before filling Jill in on his renewed relationship with Victoria Newman (Amelia Heinle). As you can imagine, Jill is over the moon.

Nikki lets Lily know that her friendship with Neil meant a great deal to her. She insists Neil’s family can always count on her as a friend as well. Back with Mariah, she talks to Sharon about Neil and Hilary Hamilton (Mishael Morgan). They’re pleased Neil was able to make peace with Hilary before she died.

Mariah’s still concerned about Devon, but Ana vows to watch over him. Over with Victor, he checks out his phone and decides it’s time to go. After leading Nikki out, they end up at Newman Enterprises. Nikki isn’t happy to learn Victor has to take another trip and can’t tell her anything. He promises it’ll all make sense soon.

Malcolm continues reflecting on Neil at the penthouse. Once all only the family is left, they talk a bit before Malcolm takes a group pic and bids them farewell. Devon tells Ana he wants to be alone, but Elena Dawson (Brytni Sarpy) ends up comforting him as he sobs later.

Across town, Cane once again pushes Lily to reunite with him and gets rejected. She’s sorry, but it looks like Cane will just have to accept it. “The Young and the Restless” spoilers say some gripping scenes are coming up. We’ll give you updates as other Y&R news and rumors emerge. Stay tuned to see what’s next in Genoa City.