Young And The Restless Spoilers: Devon Is Haunted By His Past 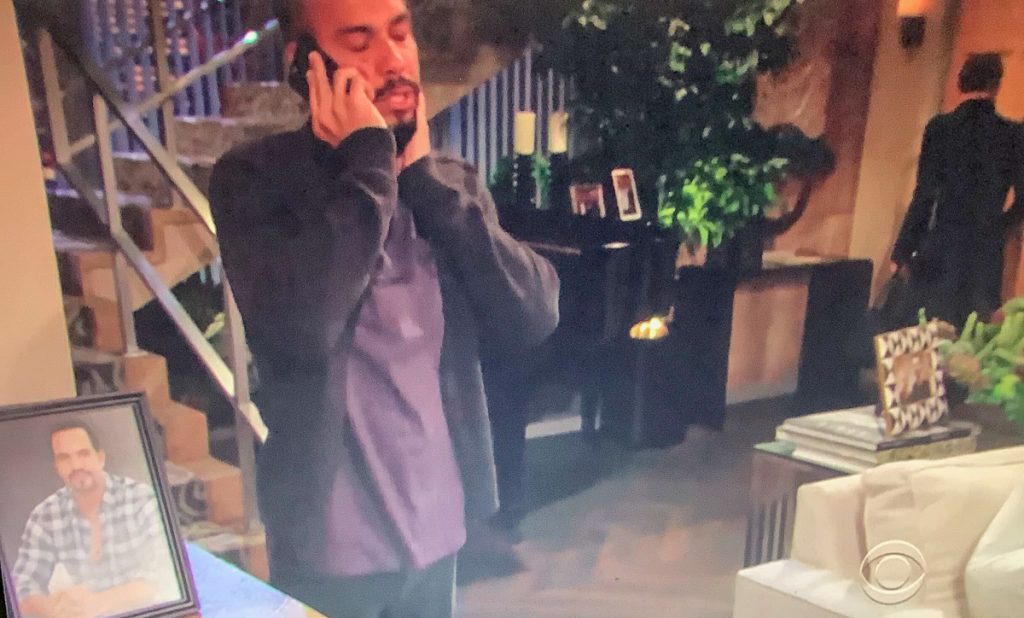 The Young and the Restless (Y&R) spoilers tease that Devon Hamilton (Bryton James) will be haunted by his past during the week of November 25. As much as he is trying to forget about Amanda Sinclair (Mishael Morgan) and create a life with Elena Dawson (Brytni Sarpy), it isn’t working out as he had hoped.

First, Amanda seems to be everywhere he turns. And, he cannot hate her like he wanted to as she had Hilary Hamilton’s (Mishael Morgan) face. Add to the misery, Nate Hastings (Sean Dominic) is dating Amanda, which only fuels Devon’s hatred for life.

The will situation will come to a close and it will collide with Devon’s history with Cane Ashby (Daniel Goddard). Here’s what to expect in the week ahead on Y&R.

Jill Abbott (Jess Walton) finds out that Colin Atkinson (Tristan Rogers) was behind the fake will. In his mind, he was righting a wrong that led his son without an inheritance from Katherine Chancellor (Jeanne Cooper).

While his scheme was horrible and it led to so much drama, Jill will understand his reasons. However, we all know that there is more to the story, as Colin only cares about himself.

The real shocker for Devon will be that Cane tried to scam him out of his money. Y&R spoilers state that this isn’t the first time he’s tried something like this. Several years ago, he tried to extort money from Devon, which led to the whole Winters family wanting Lily Winters (Christel Khalil) to end her marriage.

So, this new revelation could bring up those memories for Devon.

Of course, Devon could be haunted by Amanda, as she looks like his dead wife. Y&R spoilers say that he’s tried to deal with the fact she looks like Hilary, but it could prove to be difficult. Especially, since he feels attracted to her, but she doesn’t feel that way toward him.

However, it plays out, we know that next week Devon will be haunted by his past and he will have to deal with how to will affect his new life with Elena.