Young And The Restless Rumors: Mia’s Days Are Numbered, Heading To Jail 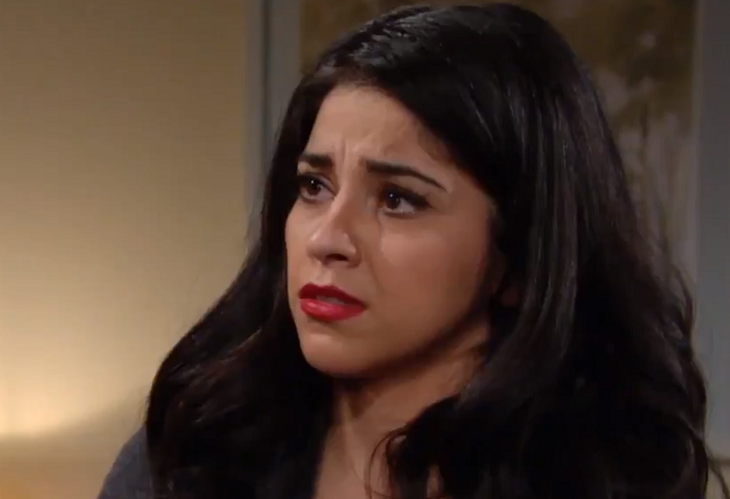 The Young and the Restless rumors indicate that Mia’s (Noemi Gonzalez) days in Genoa City are coming to an end.

Since arriving in town, Mia has stirred up trouble for everyone. Her heart was set on reuniting with her ex-husband Rey (Jordi Vilasuso) and she immediately put an end to his growing romance with Sharon (Sharon Case). But Rey wasn’t the only Rosales family member she caused trouble for.

When it was revealed that she had an affair with Arturo (Jason Canela), Mia couldn’t help but bring it up to Abby (Melissa Ordway) every chance she got. Despite her affair with Arturo, Mia was committed to staying with Rey and the couple renewed their wedding vows. However, it was obvious Mia wasn’t over Arturo.

Young And The Restless Spoilers On The Edge Of Crazy

She became jealous when Arturo proposed to Abby and began making snarky remarks to Miss Newman. During Valentine’s Day party, the two women got into a scuffle, which ended with an angry Mia being escorted out of the Athletic Club.

Mia’s behavior has teetered on the edge of crazy, and her attack on Abby has led to speculation that the character is being written out of the show.

Add in the fact that Lola (Sasha Calle) was attacked on the Abbott estate, and Mia is a suspect, all signs point to her departure from Y&R. Viewers remember that Lola was wearing Abby’s coat, and Mia was so angry that night, she could’ve followed Lola, thinking she was Abby.

Here’s to 40 incredible years of Nikki Newman. 👏 We love you @MelodyThomasSco! #YR pic.twitter.com/7bmRzhAtEg

Y&R Spoilers Mia’s Actions May Cost Her Everything

If Mia was the one who attacked Lola, it’s going to destroy her relationships with both Rey and Arturo. She can beg them for another chance all she wants, but attacking their sister was inexcusable. Mia’s actions will not only cost her Arturo and Rey, but it may also get her sent to jail and sent away from Genoa City.

Do you think Mia is the one who attacked Lola? Do you want Mia written off the show or do you think she should stay?

Coronation Street Spoilers: Amy Has A Secret, Will She Tell Steve and Tracy The Truth?