Young And The Restless Rumor: Will Jack Abbott Make Theo Vanderway A Counter Offer Of A Job At Jabot To Keep Him In Town? 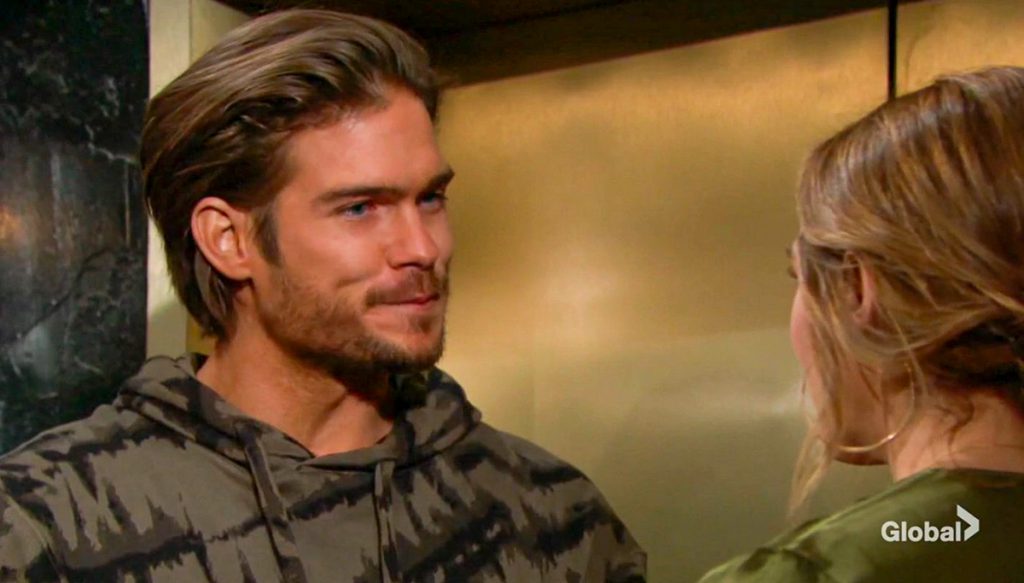 The Young and The Restless spoilers tease that Jack Abbott (Peter Bergman) will make a counter offer of a job at Jabot in Genoa City to keep him from moving to Paris, France to take Ashley Abbott’s (Eileen Davidson) offer!

The Abbotts are just getting to know their new relative, and Jack wishes that he could have known the older half-brother he never knew he had until recently. But since Eric Vanderway (Jon Briddell) is dead, then his son Theo Vanderway (Tyler Johnson) is the next best thing! Jack is floored when he finds out through a text that Ashley offered Theo a job in her office in Paris, France, right after Billy Abbott (Jason Thompson) unexpectedly quit his job! Y & R viewers know that Billy and Kyle Abbott (Michael Mealor) have been in a power struggle at Jabot anyway, and Billy made moves and closed business deals without consulting Kyle and Kyle was not a happy camper! Jack, in the meantime had stepped away while he and sister Traci Abbott (Beth Maitland) had worked on the family book, which is how they found out about Eric and then about Theo being related to begin with.

Y&R Spoilers – Billy Abbott Left A Gap, Ashley Abbott Made An Offer, Now What Is Jack Abbott Going To Do?

Billy left a gap in the Jabot office quitting so unexpectedly, and although Kyle can probably handle things at Jabot on his own just fine, Jack himself wasn’t planning on returning to work so soon, nor turning everything over to Kyle solely just yet either. After all, Jack has not stepped down, only taken a personal leave of sorts. It frustrated him that Ashley had taken it upon herself to snatch their new family member out of Genoa City and he finds this out right after Billy came and unexpectedly resigned! Not only had Ashley made the offer, he finds out that Theo has taken her offer!

Jack decides to make a counter offer to Theo to see if he can convince him to stay. Kyle will probably have a conniption fit but Kyle can get happy in the same pants he got unhappy in, and for Ashley, Theo would only be a trainee; Jack can offer him an executive position with Kyle showing him the ropes! It will make for interesting office politics with Kyle, Theo, and Summer Newman (Hunter King) all working together in the same office, but they can make it work – and per executive order from Jack, who IS still the CEO after all – they WILL make it work! The big question is – will Theo bite?

Ashley’s making him a trainee but he feels a family connection with her, and she believes in him – if he takes Jack’s offer, Kyle isn’t the good buddy to him he used to be in New York, and there will likely be constant friction between the two! The money might be better, but what is more important to Theo – money, or acceptance?

The Bold and the Beautiful Spoilers: Thomas Taunts Brooke, Forces Her to Admit Lies to Ridge