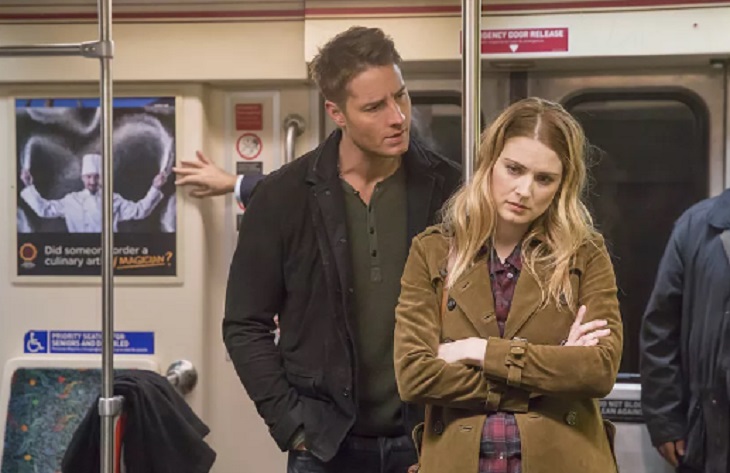 This is Us spoilers tease big drama is ahead for the second half of Season 3 in January. The teenage big three are struggling in one way or another. Randall has put pressure on himself to get into a great school.

Kevin is struggling with drugs and alcohol abuse. And, Kate is beginning to struggle with her weight. So, what will the future hold for them when the show returns?

This Is Us Spoilers – Kevin and Sophie

While Logan Shroyer, the actor who plays teenage Kevin, is bound to secrecy, he said that Kevin will begin to spiral downward as he struggles to deal with his father’s death.

We know the couple gets married, divorced, and then try to reunite, but failed. When their relationship ended the last time, Sophie said that it was ending for some of the same reasons as before—drug and alcohol abuse.

Kate Pearson’s Struggles On This Is Us

Kate has been struggling since she was an early teen with her weight. After her father died, it snowballed from there. She used food to dull the pain she had from losing the most important person in her life. As she becomes a young adult, it will only get worse.

The young actor points out that the writer of the show will not set up anything that doesn’t have importance. He only shows the viewers things he plans to address in the near future. And, this is no exception.

While the actor admits he doesn’t know everything about what’s coming up, he is really interested to see how it play out. Don’t forget to come back later for more This Is Us spoilers, news and casting updates!