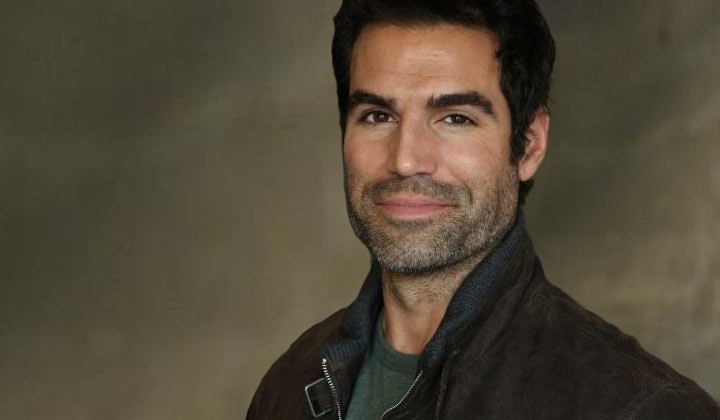 Now, this is what you call a ridiculously good-looking couple! The Young and the Restless star Jordi Vilasuso (Rey Rosales) has a reason to celebrate this week. That’s because the actor and his gorgeous wife Kaitlin Vilasuso are celebrating seven wonderful years of marriage together! The actor posted a photo and a sweet message for his wife for their anniversary on his Instagram account. Here’s what he has to say.

Sharing a photo of the two of them enjoying the Los Angeles sunset at the Hotel Californian, Jorid captioned his pic with, “Making memories with you are gifts that remind me how full this life can truly be…thank you, @kaitlinvilasuso for grounding me, smiling with me, putting up with me, and growing with me in receiving the joy that is our journey together! Happy anniversary!”

Making memories with you are gifts that remind me how full this life can truly be…thank you, @kaitlinvilasuso for grounding me, smiling with me, putting up with me😅, and growing with me in receiving the joy that is our journey together! HAPPY ANNIVERSARY ! ❤️❤️❤️❤️❤️❤️❤️❤️❤️❤️❤️❤️ #7years #happyanniversary

A Dedicated Husband And Father

So not only is Jordi Vilasuso incredibly handsome, talented and successful but he’s also a great, dedicated and loving husband. It really doesn’t get any better than this, right? His fans seem to agree as plenty of them commented on the photo with, “Happy 7th Anniversary Jordi & Kaitlin Vilasuso. May you both enjoy making memories together that you both can share for many years to come. Congratulations,” along with, “Happy Anniversary!!! Cheers to many more!!! You two are blessed!!!”

Jordi has also made it pretty clear that when he’s not working on the set of The Young and the Restless or practicing his lines, then he is spending all of his free time with Kaitlin and their two daughters. He loves his family life and he definitely wants the world to know it!

What’s Next For Rey Rosales?

There was also some speculation that Jordi would possibly leave The Young and the Restless to reprise his role as Dario Hernandez on Days of Our Lives. It didn’t take Jordi very long to set the record straight by telling his fans that he’s not going anywhere anytime soon. For fans, that means they will get to see plenty of Rey Rosales in action for months to come. We can’t wait to see what’s in store for him!