The Young and the Restless Spoilers Wednesday, May 29: Ashley Alerts Jack To A Threat – Neil’s Will Reading – Mariah Wants A Change 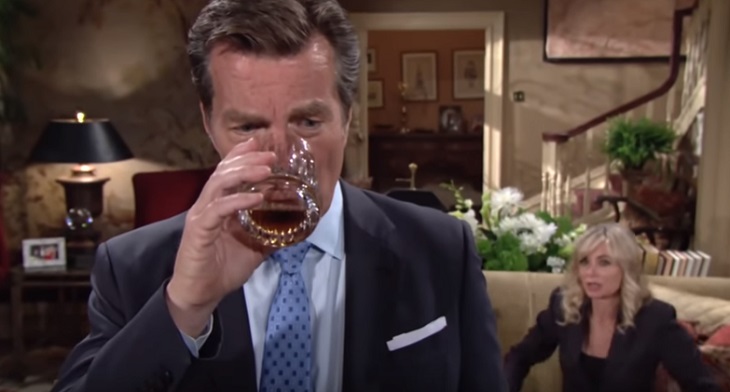 “The Young and the Restless” spoilers for Wednesday, May 29, tease that Neil Winters’ (Kristoff St. John) will reading will bring some touching surprises. At the penthouse, Lily Ashby (Christel Khalil) doesn’t seem happy Cane Ashby (Daniel Goddard) showed up. He promises he was actually invited before Devon Hamilton (Bryton James) joins the crowd.

Devon isn’t sure he’s prepared to do this, but the time has come. Michael Baldwin (Christian LeBlanc) starts reading off Neil’s bequests. Nikki Newman (Melody Thomas Scott) gets a Bible with a special passage that’s marked. She receives an atlas that Katherine Chancellor (Jeanne Cooper) wrote about her travels on, too.

Victor Newman (Eric Braeden) gets some cigars that Neil was saving along with Neil’s Newman Enterprises nameplate. Cane gets Neil’s forgiveness before Michael turns to Jack, who is set to take charge of the foundation. Ashley Abbott (Eileen Davidson) gets a $500,000 donation to any Alzheimer’s charity she wants. Neil also left Ash the jazz record they shared a dance to.

Young And The Restless Spoilers – Neil’s Will Reading

Olivia Winters (Tonya Williams) is listed in the will as well. Neil left her a Doctors Without Borders contribution and a sculpture, which Dr. Nate Hastings (Sean Dominic) approves of. Drucilla Winters’ (Victoria Rowell) jewelry is given to Sharon Newman (Sharon Case) while some old childhood albums go to Malcolm Winters (Shemar Moore).

Lily also gets a fairytale book, which includes writing that tells her to find her happily ever after. Some letters were left behind for Moses and the grandkids. As for Devon, Neil wanted him to have his part of Hamilton-Winters. The only catch is Neil wants Nate to have a spot on the board of directors along with his old penthouse. Neil encourages Devon to live generously and pay opportunities forward.

Young And The Restless Spoilers – Lily And Cane’s Tough Decision

Once Michael’s done, Lily and Cane have a tough discussion. She’s standing by her divorce decision, so she says her goodbyes and heads out. Lily’s emotions seem to hit her as she steps in front of the door. Back in the penthouse, Ana gets another surprise when Devon makes her the co-head of LP. While Devon’s listening to some jazz alone later, Elena Dawson (Brytni Sarpy) comes in and takes him up on his offer to dance.

Buckle Up for the drama next week on #YR! @CBSDaytime pic.twitter.com/ZGsoNgEGlQ

At home, Jack is alerted to a threat against Jabot. Ashley points out that a company in China has a very similar logo. After Jack’s alone, he sends texts to Kyle Abbott (Michael Mealor) and Billy Abbott (Jason Thompson). Jack insists he needs to see them both about an urgent matter.

Young And The Restless Spoilers – Mariah Wants A Change

Over with Sharon and Mariah Copeland (Camryn Grimes), they talk about the will reading. Sharon lets Mariah see Dru’s bling before they shift gears. Mariah confesses she’s been thinking about a career change. She wonders if maybe she should be doing something else, especially after that creepy stalker situation.

Mariah rattles off her limited skillset, but Sharon isn’t worried about that. She suggests that it’s never too late to start a new journey, so it sounds like that’s what Mariah will do soon! “The Young and the Restless” spoilers say some great scenes are coming up. We’ll give you updates as other Y&R details and rumors emerge. Stay tuned to see what’s next in Genoa City.