The Young And The Restless Spoilers: Thursday, September 5 – Adam Plans To Double-Dose Victor – Billy Has No Memory Of Car Crash – Theo Needles Kyle 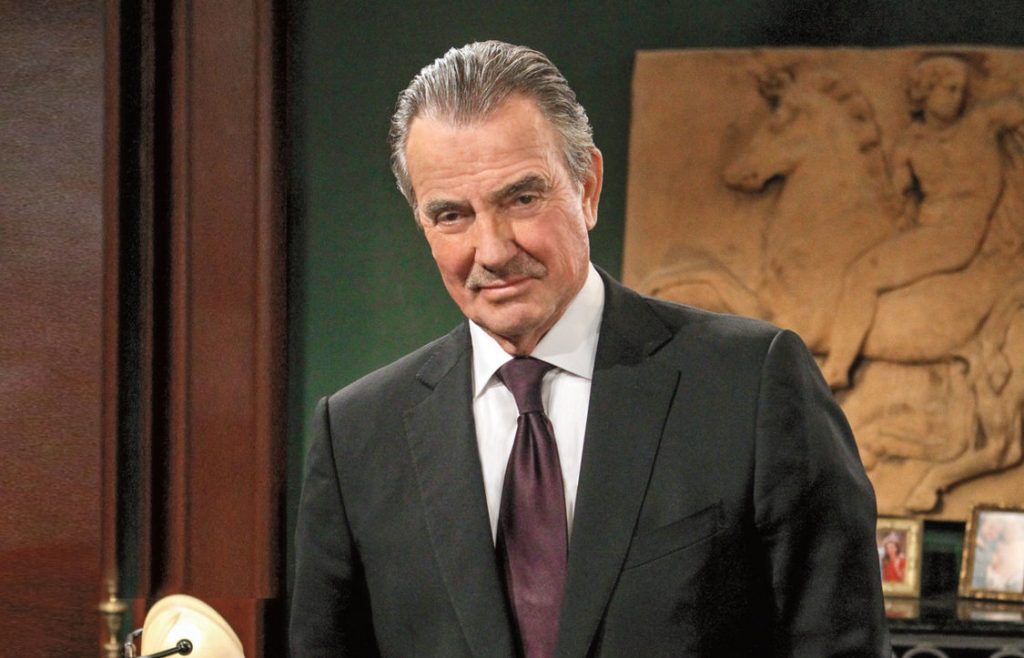 The Young and the Restless (Y&R) spoilers for Thursday, September 5, tease that Chloe Mitchell (Elizabeth Hendrickson) will wake Billy Abbott (Jason Thompson) up and tell him that he’s in the Chancellor boathouse, and he’ll wonder what she did to him. Billy won’t remember trying to run down Adam Newman (Mark Grossman), so she’ll fill him in. He’ll say that he wouldn’t try to murder Adam, and Chloe will think she’s the only one who can help him.

Later, Chloe will meet with Kevin Fisher (Greg Rikaart) at Crimson Lights. She’ll tell him that Billy has gaps in his memory as if some other part of him is taking over. Kevin will say that Billy needs serious help, and Chloe will agree but think that she’s the one who can help him. Kevin will worry that this may put them at risk, and he won’t want her to do this, but Chloe will think that things could get worse if Billy goes back to his life.

Next on Y&R, at Adam’s penthouse, he’ll tell someone over the phone that sometimes the best way to be discreet is to be out in the open. Nate Hastings (Sean Dominic) will then appear at the door and accuse Adam of taking his tablet. Adam will act all innocent, and Nate will warn Adam that illegally accessing a patient’s medical files is a serious crime and threaten to call the police. Adam will think that the police would just laugh.

Nate will then warn Adam that whatever he’s up to with Victor Newman (Eric Braeden), to leave him and Abby Newman (Melissa Ordway) out of it. Afterward, Connor Newman (Judah Mackey) will arrive at the penthouse to see his dad. Adam and Connor will head to Chancellor Park together, and when Connor goes to play with the other kids, a woman will appear.

The woman will tell Adam that his father is on an experimental protocol and she’ll say that she got what he requested. She’ll warn Adam that doubling the dosage of the meds will increase Victor’s side effects dramatically. Adam will say that he understands.

Later, at Adam’s penthouse, he’ll look at a prescription bottle and say, “you brought this on yourself.” He’ll tell Connor that they’ll have to call it a day, and Connor will ask if he’s sick like Grandpa. Adam will tell Connor that Victor will be fine…he’s invincible. 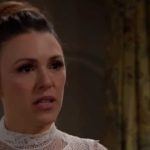 The Young And The Restless Spoilers: More Trouble For Villy Ahead –Is A Chloe And Billy Reunion Way?

Next on Y&R, at Society, Nate will talk with Abby and update her about his earlier conversation with Adam. He’ll say that he’s sure that Adam stole his tablet because he was taunting him, and he’ll worry that Adam might use Victor’s medical information against him. Abby will hope that’s not the case, but she’ll say that with Adam you’ve got to prepare for the worst.

Next on Y&R, at Jabot, Kyle Abbott (Michael Mealor) and Summer Newman (Hunter King) will happily discuss their strategy for The Grand Phoenix opening and how it is generating a lot of buzz. Kyle will say that he’s happy they’re working together again, but he wishes that Theo Vanderway (Tyler Johnson) weren’t a part of the hotel opening or Summer’s life. Summer will remind Kyle about their rule about boundaries, then she’ll suggest a change of scenery.

Meanwhile, at Society, Lola Abbott (Sasha Calle) and Abby will talk about Kyle being Interim CEO at Jabot, and then the talk will turn to the fact that Kyle and Lola are finding a new place to live. Theo will overhear all of this. Summer and Kyle will then arrive for their change of scenery, while Theo texts Zoe Hardisty (Anna Grace Barlow) to come to the restaurant.

Once Theo and Kyle are alone, Theo will question Kyle working with Summer, and he’ll wonder if Lola is ok with it, which will irritate Kyle. Zoe will then arrive, and Kyle will warn her privately that Theo asked her to come there to mess with him. But Zoe will say that she’s grateful to Theo for helping to start her career.

Click the link below to read the #YR scoop ⬇️⬇️⬇️⬇️https://t.co/XnK5SEvYOB

Young & Restless Spoilers– Theo Is Wearing Out His Welcome

Summer will also have private words for Theo as she accuses him of trying to keep his feud with Kyle going. Kyle will then announce that he’s going back to Jabot. Summer will ask Theo whether he plans to blow up Kyle and Lola’s marriage. He’ll tease her a little before saying that they hold the power in their hands and that the truth could blow up Kyle’s life because he chose to hide it.

Later, Lola will show up at Jabot to see Kyle, and Kyle will say that he had his fill of Theo. They’ll discuss Theo’s grudge and his passive-aggressive routine. Lola will remark that Theo seems like a jealous ex-girlfriend. They’ll canoodle a bit before she suggests going home for a celebration.

Finally, on Thursday’s new episode of Y&R Theo and Summer will wind up in Theo’s hotel room. Theo will throw Summer on the bed and they’ll kiss.