The Young and the Restless Spoilers Thursday, November 28: Colin’s Sneaky Getaway – Cane Promises to Track Down Money – Another Hotel Robbery 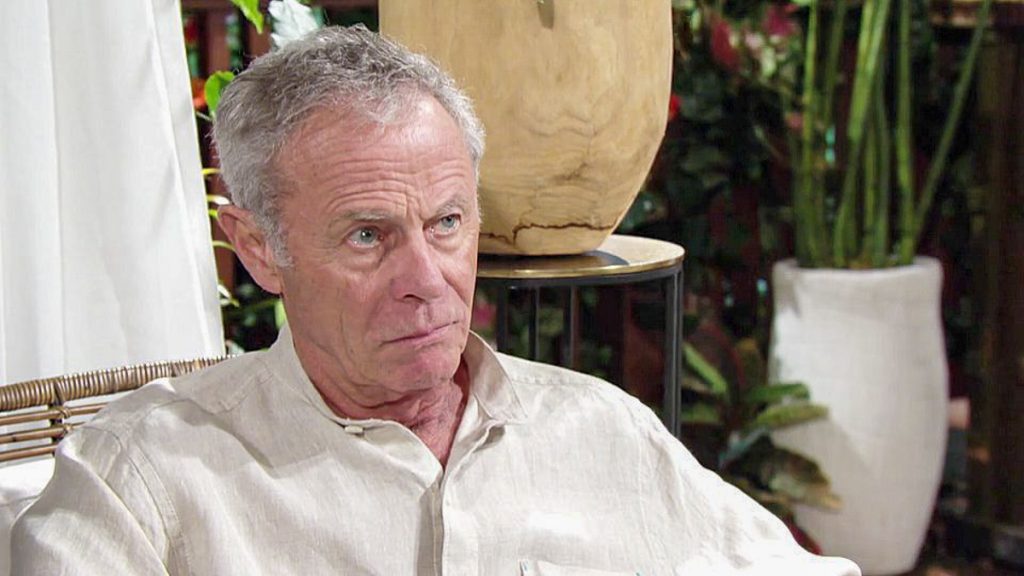 Chance brings the others up to speed on Simon Black (Jeffrey Vincent Parise) ratting Colin out. Colin had previously bragged to Simon about his scam, so Simon filled in the Feds. The money’s still hidden, so that’s a tough blow for Devon. He wonders why Cane shouldn’t be locked up along with his father, who’s a liar and a thief.

Cane assures Devon that he’s innocent and wouldn’t disrespect Katherine Chancellor’s (Jeanne Cooper) memory. Devon doesn’t buy Cane’s victim acts, but Elena ultimately suggests she believes Cane. As for Amanda, Devon asks if she’s going to get her cut now. He hints that maybe Cane was working with Amanda, but the frustrated lawyer defends herself. Amanda argues that she thought it was a legitimate case.

Elena suggests that if Amanda wants to know what she’s not believed, she should look in the mirror. A decent person in her position would’ve left Genoa City by now. Amanda fires back with hints about Elena being after Devon’s money. Elena’s incensed over the insinuation that she’s a gold-digger, but Amanda counters that “if the shovel fits…”

Cane tries to play peacemaker and offers a reason to be thankful. He plans to track down the money and give it back to the person Katherine intended it for. At Adam Newman’s (Mark Grossman) place, he supports Connor Newman (Judah Mackey) along with Chelsea Lawson (Melissa Claire Egan). Connor’s still upset over monster not being gone. He thinks it’s inside him now and wants to eat him up.

Sharon Newman (Sharon Case) stops by to speak with Connor soon after. She chats with the kid alone and gets him to open up a bit. Meanwhile, Phyllis Summers (Michelle Stafford) has doubts about the ladies who made the robbery allegations. They can’t even describe the jewels that are missing. Abby Newman (Melissa Ordway) notes that the security system went down when the robbery happened, which Phyllis thinks could be due to the women. She suggests they might’ve messed with the camera.

Phyllis just finds the whole thing sketchy, but Abby counters Phyllis is the only thing sketchy around there. After Abby tries to buy Phyllis out of the hotel, Phyllis makes it clear that she’s sticking around. Next, Phyllis annoys Chance by bringing up his time with Adam in Vegas. Chance isn’t convinced that Phyllis knows anything and warns he has experts who could learn what she did to the security software.

Chelsea shows up and gets brought up to speed on the robbery drama. After Chelsea leaves to reconvene with Sharon, that robbery drama gets worse! Abby finds out something was stolen for another room, so she shares the news with Phyllis. It’s decided that they must call the police.

At Society, Chance runs into Adam and bring up Vegas. He suggests Adam owes him after what happened, but Adam feels like they just helped each other out. Adam doesn’t want to talk about Nevada anymore. After he gets a text summoning him back to the penthouse, Adam takes off.

At home, Sharon tells Chelsea and Adam that Connor’s suffering from PTSD. She thinks intense therapy would be helpful along with some temporary meds for anxiety. Once Sharon’s gone, Adam tells Chelsea that they have to show they’re committed to Connor. He urges Chelsea to move in the penthouse and questions if Nick comes first or their son.

Chance heads back over to the Grand Phoenix and hears there’s been another theft. He plans to assist Abby, but a call from Colin soon captures his attention. Chance doesn’t understand how Colin got access to a phone, but he notes that he escaped from custody and has a plane to catch.

The Young and the Restless Spoilers – Cousin chaos coming up

At Jabot, Kyle Abbott’s (Michael Mealor) continues to trash-talk Theo Vandeway (Tyler Johnson). He doesn’t think there’s any substance to back up the flash. Summer Newman (Hunter King) feels like Kyle’s always taking digs at Theo, but she hints at her own concerns later. Theo gets the feeling that Summer doesn’t believe he’ll take this job seriously. He impresses her with some ideas and wonders if it’s Kyle who’s doubting him or Summer.

Back at Society, Kyle finds Lola Abbott (Sasha Calle) in the kitchen to do more complaining about Theo. Lola suggests that if Theo can’t cut it in his position, they’ll all realize it soon. Kyle suggests that he’s willing to back off, but will he really? The Young and the Restless spoilers hint that much more cousin chaos is coming up! We’ll give you updates as other Y&R details and rumors emerge. Stay tuned to see what else is brewing on the CBS soap.

The Bold and the Beautiful Spoilers Monday, December 2: Bill Welcomes Liam Back To Spencer Publications – Shauna Surprises Ridge With Her Understanding