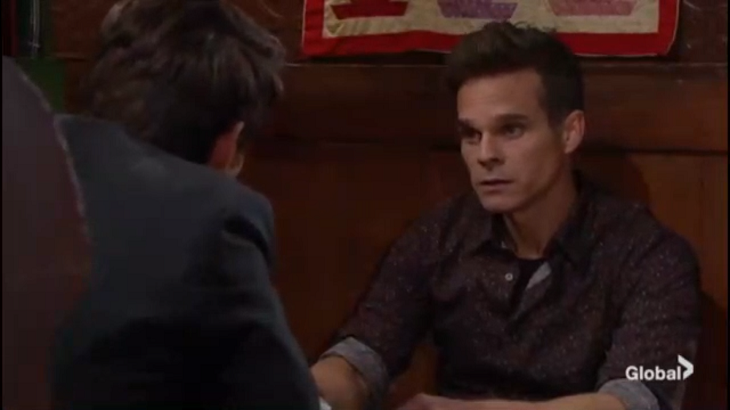 The Young and the Restless (Y&R)  spoilers for Thursday, June 20, tease that Nate Hastings (Sean Dominic) and Adam Newman (Mark Grossman) will meet at Crimson Lights for a business transaction, as Nate sells Neil’s penthouse to Adam.

Afterward, Adam will catch up with Kevin Fisher (Greg Rikaart) and ask him to keep tabs on the Newman family to find out what they’re planning. Adam will sense that something is coming, and he’ll want to know about it in advance, so he’ll ask Kevin to start by gathering intel on Victoria Newman (Amelia Heinle).

Next on Y&R, Kevin will find Billy Abbott (Jason Thompson) and Victoria on the patio and fish for information. He’ll soon learn that Victoria isn’t going to do anything to push Adam, and after a brief run-in with Esther Valentine (Kate Linder), Kevin will text Adam back to say that Victoria’s not planning anything.

Wendy Benson Joins Cast of The Young and the Restless

At Devon Hamilton’s (Bryton James) place, he and Ana Hamilton (Loren Lott) will have a big disagreement about the video she made of Tessa Porter (Cait Fairbanks). He’ll think it was a waste of time and a bad idea, and he’ll say he’s going to hire someone else with more experience.

Next on Y&R, at Society, Lola Rosales (Sasha Calle) will ask Abby Newman (Melissa Ordway) to be her maid of honor, and people will start arriving for the dedication ceremony that Devon is putting on for Neil Winters (Kristoff St. John). Devon will learn that Nate sold Neil’s penthouse and donated funds to the hospital, which will anger him. Things will get more tense for Devon when Ana arrives and snips at him about replacing her. 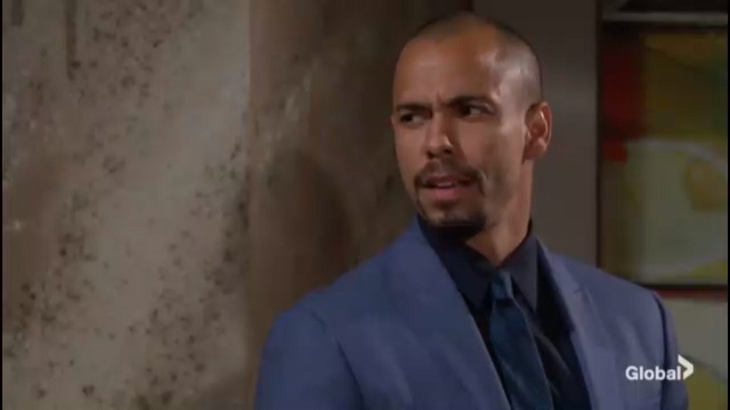 While all this is going on, Lola will lose her wedding ring after removing it in the kitchen, but after the ring takes quite the journey, she and Kyle will find it in the trash. Meanwhile, Summer Newman (Hunter King) will commiserate about Phyllis Summers’ (Michelle Stafford) disappearance to both Kevin and Adam, both of whom reassure her while concealing the truth about what happened to her mom.

Next on Y&R, Devon will take the stage and talk about Neil and his great love of music. Everyone will toast to Neil, and later Ana and Jett Slade (Gilbert Glenn Brown) will perform on stage. Sitting at the bar, Kevin will get a text from Gloria Bardwell (Judith Chapman) saying, “I’m okay. Got screwed over. Gonna screw back. Gathering ammo.”

Finally, on Thursday’s new episode of Y&R, Billy will visit Delia Abbott’s (Sophie Pollono) gravesite. Suddenly Adam will appear on the scene, and Billy will angrily tell him that coming there was a mistake.

The Bold And The Beautiful Recap, Wednesday, June 19: Emma Learns The Truth–Hope’s Warming Up To A Life With Thomas