The Bold And The Beautiful Recap, Wednesday, June 19: Emma Learns The Truth–Hope’s Warming Up To A Life With Thomas 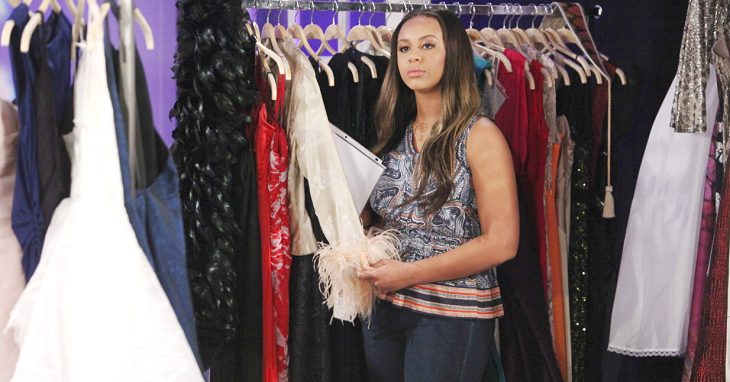 At Forrester Creations, Hope is urging Thomas to tell her the truth. She senses that he has ulterior motives. Thomas tells her there’s no reason to be scared. The only thing he wants her to know is that both he and his son love her. Xander Avant (Adain Bradley) and Zoe Buckingham (Kiara Barnes) both appear.

Xander wants to know what is going on and asks Hope if she’s okay. They both tell Hope that she looks beautiful in her dress. When she leaves, Thomas tells Xander and Zoe to back off because he is very close to realizing his dream and he won’t let anyone get in his way. Xander expresses his disgust at Thomas for being so manipulating. Zoe, with fear in her eyes, looks a little more understanding and says that Thomas is simply doing what’s best for Hope.

At the Forrester mansion, Flo says that she doesn’t want to talk about Phoebe. Instead, she gushes about what kind of wonderful husband Wyatt is and the great life she has now. They make love. Afterward, Flo admits that she’s worried she might lose all that she has now.

Bold And The Beautiful Spoilers– Emma Learns The Truth

At Forrester Creations, Emma thinks about the conversation that she overheard between Zoe and Xander. She once again hears Xander and Zoe talking in the next room. Xander tells Zoe that they have to let go of this and stop worrying about Beth, but admits that what Zoe’s father did was horrible. They then argue about how to tell the truth. Emma comes in the door and demands to know the truth. Xander confirms that Baby Beth is alive.

Today on #BoldandBeautiful, Hope is taken aback when Thomas admits a secret that he’s been keeping from her. pic.twitter.com/3yh2WA2Fx9

At the cliff house, Steffy sees that Flo is having an emotional moment with Flo. This is the first time that she is supposedly seeing the little girl she gave up for adoption. Wyatt Spencer (Darin Brooks) wants to hold the baby, too. Steffy also says that she can see the Logan resemblance in Phoebe. Flo then sighs that Phoebe is definitely a Logan, however, she is actually talking about Hope being her real mother. Liam assures Flo that he will help raise Phoebe as if she were his own daughter.