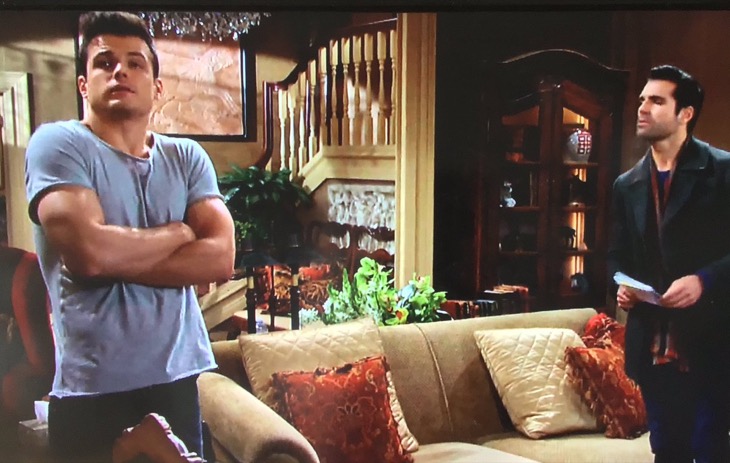 Rey Rosales (Jordi Vilasuso) is fuming with anger after his sister Lola (Sasha Calle) has been attacked and is now lying unconscious at the hospital. He vows to find the culprit whatever it takes, and one of his suspects is Summer (Hunter King).

With Lola being in an on and off relationship with Kyle (Michael Mealor), Summer is a likely candidate for attacking her. It happened after Lola caught Summer and Kyle kissing passionately and she confronted Kyle; she just broke up with him again not long ago but it still felt like he’s cheating on her.

So Rey went to confront Summer, whom he knows never liked Lola. But “The Young and the Restless” spoilers reveal that although Kyle is still angry with Summer for ruining his relationship with Lola, Kyle will defend Summer from Rey’s accusations, saying that they would never hurt Lola physically. Of course, Lola’s big brother would not be convinced. He asks Summer himself about what she’s doing and where she was that night of the attack and even asks her to provide him the evidence.

Next week on #YR, Arturo gives Kyle a warning, Mia gets into trouble, the Abbotts vow to take back Jabot, and Nick kicks Phyllis out. pic.twitter.com/X4yhbm0Ye3

Summer also gets defensive and would say a few choice words for Rey. She had enough of being treated as the bad guy, and she has other things to deal with. Mariah (Camryn Grimes) just confronted her why her mother Phyllis (Gina Tognoni) is not in prison, while Mariah’s mom, Sharon (Sharon Case) is.

Will Rey find the real culprit sooner than later? She’s sleeping in his own bed, but he’s looking at the wrong places.

“The Young and the Restless” spoilers tease that out of desperation, Mia (Noemi Gonzalez) might actually frame Summer for nearly killing Lola. She dropped an earring at the crime scene and she fears that it is what’s going to push her in a corner. Spoilers suggest that she might try to plant the other pair so it would end up in Summer’s possession, pinning her further as Lola’s attacker.