The Young and the Restless Spoilers: Ana Must Take Devon’s Offer – Fen Isn’t Willing To Put In The Work 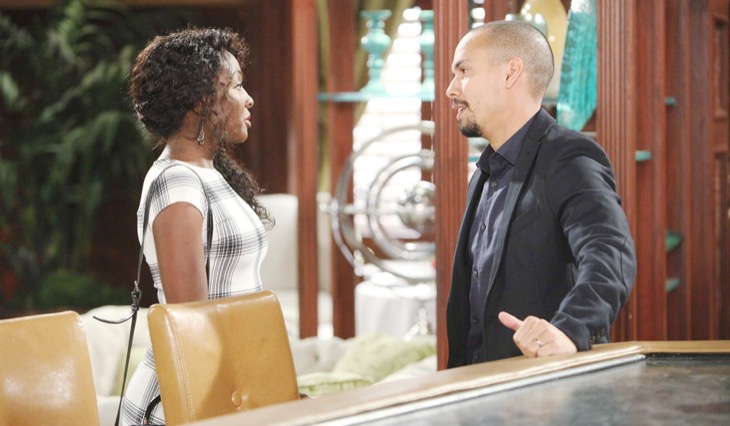 Ana (Loren Lott) has true talent on ‘The Young and the Restless’. Fen (Zach Tinker), he’s the one-hit wonder who’s voice is synthesized, rather than real. Both points combine to hopefully make Ana realize that she’s the emerging star, not the ego’d Mr. Baldwin.

Work, followed by a payoff. That’s what makes people grateful. But what happened with Fen? Well, he lucked his way into having Ana take an interest in him. If she hadn’t, his catchy lyric wouldn’t have hit as it did. And, actually, that would have been better for him.

One month Fen is deep into law school, fully paid for by his obliging parents. Then, the next month, he’s mouthing indecipherable words at LP’s recording studio and the quirky flow of the internet allows that song to be downloaded by impulse listeners. So totally undeserved, which is why his half-baked efforts are causing his apparent career to teeter on the edge.

The Young And The Restless Spoilers: Devon Grows More Suspicious Of Ana, What Is She Really Hiding? #YR https://t.co/DOxvYWctBK

Ana has been holding Fen’s hand in recent weeks, while he gawks at his so-called fame via a smartphone enabler feature. Unable to stop reading online praise about his solo effort, while Ana plods along trying to digitally pen what could be another hit song for his benefit.

This isn’t going to work, in either the short- or long-term. As Ana has been saying, Fen needs to be willing to do the work to become the star that he thinks he is but isn’t.

The reason why Tinker’s well-played character is half-stepping followup efforts to his first tune is solely steeped in how effortlessly all has gone for him to-date. Meanwhile, Ana wrote the jam and had to creatively maneuver Devon (Bryton James) in order to produce what became a modest hit.

Considering her writing talent and the beautiful sound she emitted while playing the piano and singing solo at the penthouse recently, Ana would be wise to let Fen try and make it on his own. He won’t, but she can and with that, a likely true star can begin to earn her own success. 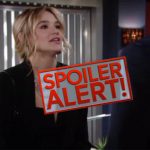 Young and the Restless Weekly Spoilers February 4 To 8: Summer Back To Causing Trouble – Sharon Has Disturbing News – Victor and Nikki Plot

Days Of Our Lives Spoilers: Jack Reaches Out To Comfort Abby Over Missing Baby Charlotte