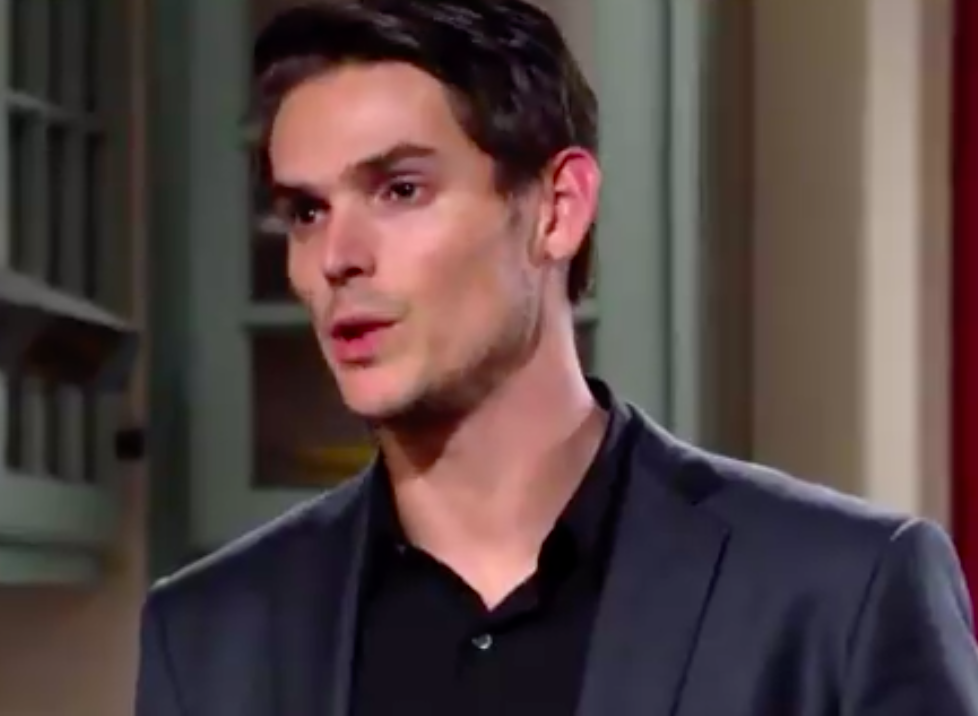 The Young and the Restless spoilers tease that Adam Newman (Mark Grossman) will lead Newman Enterprises, though not yet. In a somewhat surprising verbal slap, Adam rejected his father’s offer to eventually take over the family business.

The transactional offer was conditioned on Victor Newman (Eric Braeden) no longer being able to run the business, with news of the rare blood disease fronting the pitch. The macabre topic the Moustache unexpectedly raised with his prodigal son was seen as one that would be supported. When it wasn’t, Victor refused to give up. 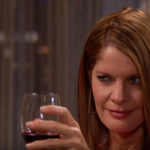 It isn’t often that Y&R shows Braeden peering, in character, at the iconic oil-based image that’s hung in Victor’s office for ages. He did that this week, which underscored the seeming maudlin storyline ahead. In the moment, Victor raised both of his hands in a fight stance, as he internally vows to beat long health odds that Dr. Nate Hastings (Sean Domonic) is presenting.

Braeden is not expected to depart the steamer, as his efforts in this indelible role can never be separated from the show’s enduring number one status among all remaining broadcast network soaps. The actor and his character have survived and thrived beyond all odds. To these victorious men, Braeden and Victor, go the spoils.

Young And The Restless Spoilers: Adam Newman Spurned His Father

Adam may have spurned his father’s offer because of all that’s swirling above his recast head. Plenty of plot has unfolded since Victor first made contact with Spider in Las Vegas, Nevada.

Reconnecting with Sharon Newman (Sharon Case), and returning to Genoa City, being shot by Chloe Mitchell (Elizabeth Hendrickson), which caused him to regain his memory, was surely a fast start for Adam. He then learned that Chelsea Lawson (Melissa Claire Egan) remarried and that Chadam’s son, Connor Newman (Gunner and Ryder Gadbois), was adopted by her new husband.

It’s a week you just can’t miss on #YR! The stakes are higher, the drama is bigger, and the battles are nastier. 👏 pic.twitter.com/dm0L294Tq1

Adam bought Nick Newman’s (Joshua Morrow) Dark Horse debt in hopes of trading that for Christian Newman (Jude and Ozzy McGuigen), which hasn’t resulted in the desired outcome so far. Then, Kevin Fisher (Greg Rikaart) contacts him and offers an exchange of a kidnapped Phyllis Summers (Gina Tognoni) for Chloe. The trade was nixed, with Adam claiming that he knows nothing about Hendrickson’s soon-to-be-returning alter ego, though that was a big lie.

All of the above was a lot for Adam to take in before Victor’s offer. Strong credit to Grossman for learning all those lines and delivering them during what has been a strong start to his Y&R run.

‘The Bold and the Beautiful’ Spoilers: Brooke Serves As Check Against Thomas – Hope Being Exploited

The Bold And The Beautiful Alum Pierson Fode Reveals A Scary Illness: ‘I’m Not Dead’