The Young and the Restless Poll: Will Chelsea Stay With Nick Or Return To Adam? 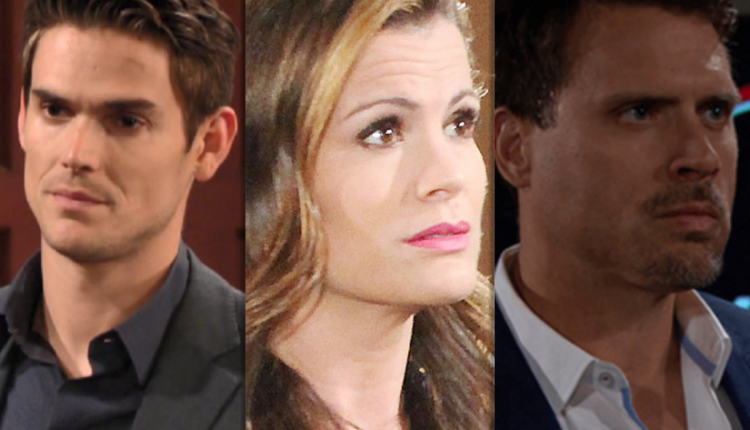 Chelsea Lawson (Melissa Claire Egan) currently believes that she’s made her choice on ‘The Young and the Restless’. Nick Newman (Joshua Morrow) is secretly uncertain if his revived significant other has a deeper love for him than for his brother.

As for Adam Newman (Mark Grossman), well, he’s back in Genoa City, Wisconsin, again. His resurrection story trended awhile ago in the soap world. As of November 2019, he’s reestablishing himself for a second time this year, having moved back from Las Vegas, Nevada, to help care for his son, Connor Newman (Judah Mackey).

Love isn’t currently an issue, as Chelsea has rebutted Adam’s multiple attempts for them to revive what was ‘Chadam’. She’s made her choice and it’s Nick, who provides much greater stability and peace of mind.

Young And The Restless Spoilers – More Than One Attempt Made

Adam sees his marriage to Chelsea and their two children, with the first being the unborn Riley Newman (played in a dream sequence by Malachi Barton), as the gold standard.

Yes, Sharon Newman (Sharon Case) is wonderful and loving. But her second choice status was reaffirmed when Adam asked Chelsea to reconcile after regaining his memory earlier this year.

Then, when Chelsea said no, he asked Sharon. She also told him no, which resulted in Adam claiming that he’d made a mistake in asking Chelsea first. Classic Adam rationalization. But, as Y&R fans saw, Sharon and Adam did cavort once at the penthouse before she got back together with Rey Rosales (Jordi Vilasuso).

Young And The Restless Spoilers – Chick’s Bond Positive But Breakable

Chelsea is being sincere when she tells Nick (and herself) that she loves him. Egan’s character is also honest in stating that she wants ‘Chick’ to raise their boys together.

Nick believes Chelsea, which is why he reluctantly went to Vegas to retrieve his brother. Morrow’s legacy character knows that Adam’s return will likely incite some type of relationship drama eventually.

Y&R fans saw, via his Halloween dream, that Nick’s subconscious mind fears Adam’s impact on many of his loved ones. Underneath, he believes Chelsea loves Adam more.

Adam can’t be blamed for being distraught after Chelsea rejected his reunion requests. She obviously moved on after he was thought to have died in the cabin blast. But when Adam’s memory was restored earlier this year he believed that all would reset to where ‘Chadam’ was in 2016. It didn’t, but still can.

Kyle has a tough time welcoming Theo into the family while Chelsea protects her loved ones this week on #YR. You won’t want to miss it! pic.twitter.com/JhzQmeWpEt

Chelsea cares about Adam and is grateful that he’s agreed to help Connor work through this rough period. However, she also fears that he might take her boy from her. ‘Chadam’ was great, but was also yesterday in her mind.

Yet, circumstances involving Connor, and, or the request request Chelsea received for Calvin Boudreau’s (John Burke) can easily tilt odds in favor of ‘Chick’s’ and and ‘Chadam’s’ revival.

Fans of ‘The Young and the Restless’ rightfully express their opinions on a regular basis. So, will Chelsea stay with Nick or return to Adam? Please vote in our poll below!

Days of Our Lives Spoilers: Princess Gina Is About To Commit A Royal Murder