The Bold and the Beautiful Spoilers: Will Flo Face Any Consequences for the Baby Swap? 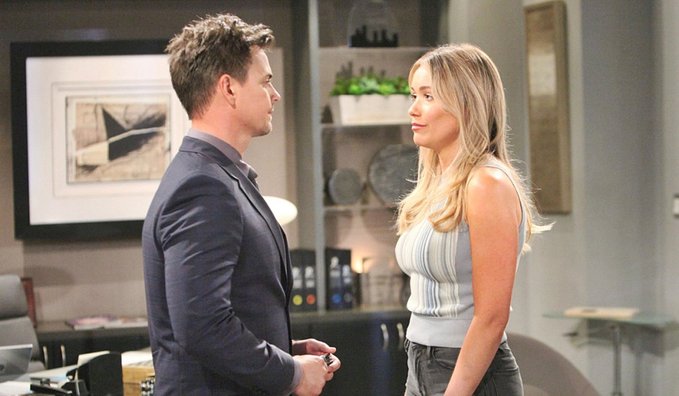 The Bold and the Beautiful spoilers reveal Flo Fulton (Katrina Bowden) might not get away with her crimes after all. Even though she has an immunity deal, she has to cooperate with authorities. If she is distracted or commits another crime, all bets could be off.

Everyone thought that Flo would pay the price after it was revealed her role in the “PhoeBeth” incident. She did spend a little time in jail and had accepted the consequences. However, Ridge Forrester (Thorsten Kaye) was determined to help his son, Thomas Forrester (Matthew Atkinson). It led to Flo getting a get out of jail free card, which is infuriating.

However, there are certain terms of the agreement she must follow through on. This is leading some B&B fans to believe that there is still a chance there will be justice.

The Bold and the Beautiful Spoilers for Tuesday, October 1: Shunning, Manipulation and a Shocker

Right now, it appears that Flo is not only getting off scot-free, but she might get redemption. It is suggested that she might be a match for Katie Logan’s (Heather Tom) kidneys. As fans know, Katie needs a kidney transplant and it must be done quickly.

The Bold and the Beautiful spoilers reveal that Bill Spencer (Don Diamont) wants to do anything he can to help Katie. However, what will his reaction be when the only option is Flo Fulton? Everyone remembers how he wanted to be sure Flo paid for what she did. However, he will have to balance his quest for justice with saving Katie’s life. How can he accomplish both?

Brooke learns of Shauna and Ridge's night and confronts Ridge. This could be the end of Bridge on #BoldandBeautiful https://t.co/130e4vOAyN

The other possibility is that Flo will be too busy trying to get back Wyatt Spencer (Darin Brooks). If she gets too distracted, can she really fulfil her part of the immunity deal? One thing is for sure, it doesn’t matter if Flo is redeemed on the show. Fans will never forget what she did. The majority of viewers want justice and will not rest until she pays for what she has done.

The Bold and the Beautiful Spoilers: Annika Noelle and Scott Clifton Look Back on the Beth Reveal