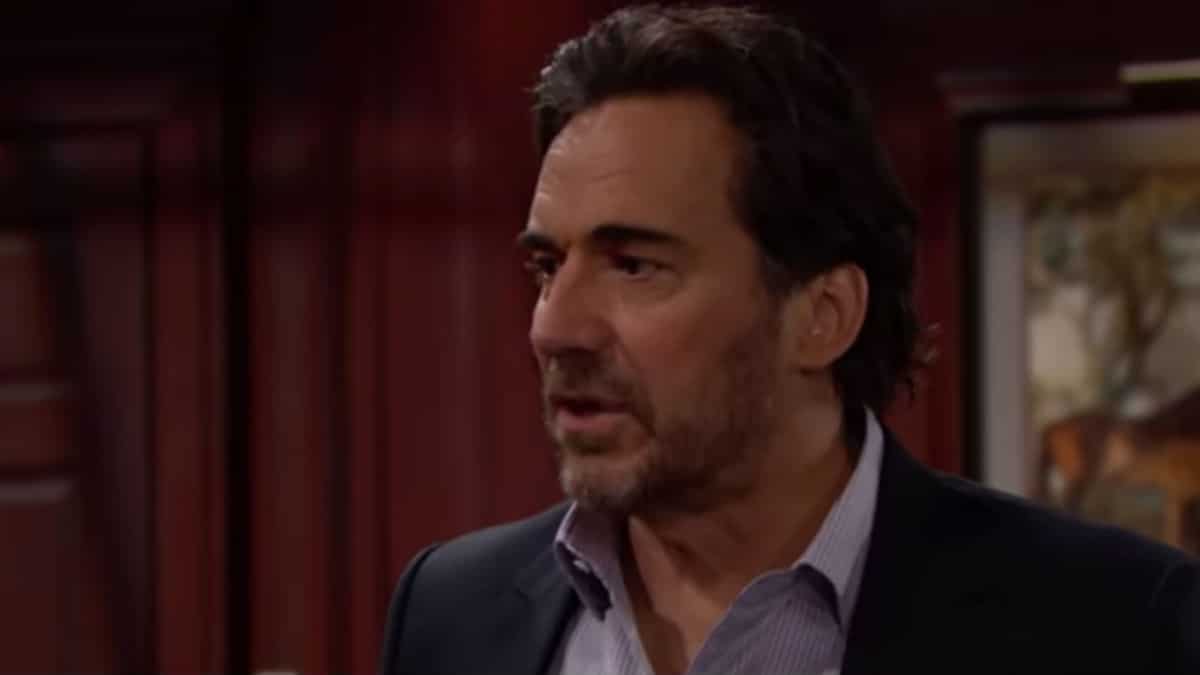 The Bold and the Beautiful spoilers for Thursday, September 5, tease that Ridge Forrester (Thorsten Kaye) will be once again forced to face the possibility that his son Thomas Forrester (Matthew Atkinson) could be implicated in the death of Emma Barber (Nia Sioux). Ridge has been trying his best to get everyone around him to see that Thomas is a good person who unfortunately made some terrible mistakes, and he doesn’t believe for a moment that Thomas had anything to do with Emma’s car accident.

As far as Ridge is concerned, Emma’s death was nothing more than an accident, but as B&B viewers know, Ridge doesn’t know the whole story. Thomas was following Emma in anger on the night of her death, as she was on her way to tell Hope Logan (Annika Noelle) the truth about Beth Spencer (River Davidson and Madeline Valdez) being alive. Thomas was chasing Emma and menacing her with his car when her car went over a cliff and she died on the scene.

Of course, B&B viewers also know that Thomas stopped at the scene but didn’t offer Emma any assistance, nor did he call 911. He just drove off and left the scene after apparently looking to make sure she was dead. It’s a horrible story, and now that the police have opened the investigation back up, Detective Alex Sanchez (Jeremy Ray Valdez) is going to want some answers. 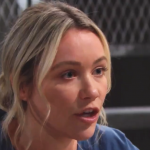 The Bold and the Beautiful Spoilers: Tuesday, September 3 – “Bridge” Grow Further Apart – Flo Realizes The Enormity Of Her Misdeeds

On Thursday’s episode of B&B, Ridge will find himself disconcerted when Detective Sanchez comes back around and starts asking more questions about the night that Emma died. Ridge effectively put Detective Sanchez off when he wanted to ask questions right after Thomas awoke from his coma, but now that Thomas is doing better, the detective will want to pick back up where he left off.

Of course, now that Ridge has spoken with Flo Fulton (Katrina Bowden) and Bill Spencer (Don Diamont), he’s even more concerned about the possibility that Thomas might have done something wrong with respect to Emma’s death. He knows that Flo will probably wind up talking to Detective Sanchez about how Thomas threatened her into keeping the secret about Beth. And then there’s Bill, who promised to make sure justice was served for Emma.

At any rate, look for Ridge to do some serious squirming when he hears again from Detective Sanchez on Thursday’s episode. He may try to keep the detective from questioning Thomas, but there will only be so much he can do – after all, Detective Sanchez has got to do his job and get to the bottom of what happened…and it sounds like that will happen very soon.

Meanwhile, on Thursday’s new episode of B&B, Brooke Forrester’s (Katherine Kelly Lang) sisters will rally around her. Brooke’s going through a lot right now. She’s just been through the trauma of what happened on the cliff at Steffy Forrester’s (Jacqueline MacInnes Wood) house with Thomas, and now she’s at serious odds with Ridge over the incident. She and Ridge just can’t get on the same page about what happened.

For Brooke, she was merely trying to protect her daughter, and she didn’t intend for Thomas to fall over the cliff when she pushed him. But Ridge saw the whole thing unfold, and he just can’t get the image of Brooke pushing Thomas over the cliff out of his mind. He believes the push was deliberate and based on Brooke’s deep-seated animosity toward Thomas.

The Bold and the Beautiful viewers can expect some emotional scenes on Thursday, as Katie Logan (Heather Tom) and Donna Logan (Jennifer Gareis) come together with Brooke and offer her emotional support. Brooke is really torn up over being off kilter with Ridge, and she needs the encouragement and comfort of her sisters. Katie and Donna will offer their support to help Brooke get through this tough time.