The Bold and the Beautiful Spoilers Thursday, December 26: Brooke Gets On Board With Liam’s Plan – Blasts Liam & Steffy For Keeping Her Out Of The Loop 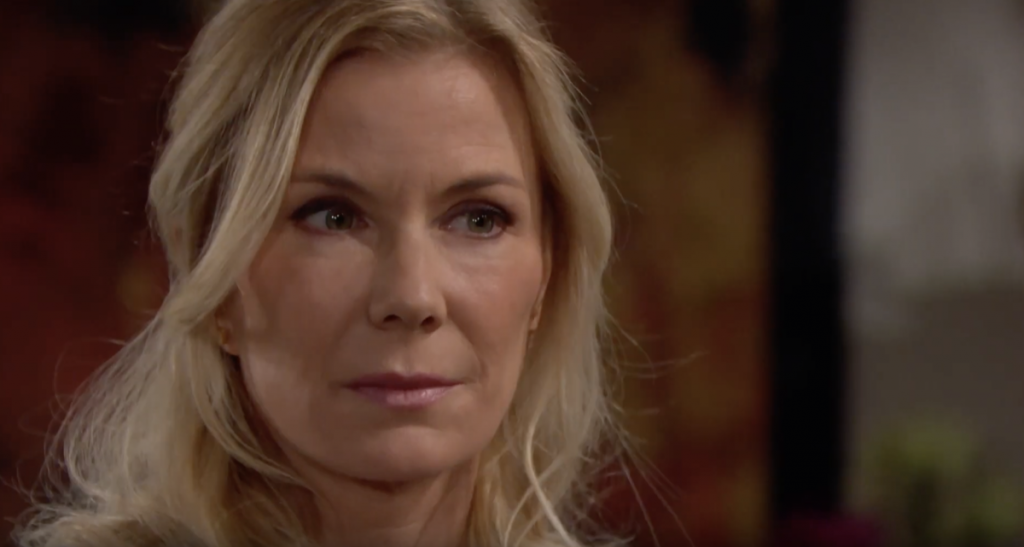 B&B viewers will remember that Brooke had come barging into Steffy’s office at Forrester Creations and demanded to know what Steffy was thinking when she decided to rehire Zoe at the fashion house. Steffy decided that she had no choice but to tell Brooke the truth – that Liam convinced her to rehire Zoe.

The plan is for Zoe to be Liam and Steffy’s eyes and ears when it comes to Thomas Forrester (Matthew Atkinson). Liam doesn’t trust Thomas, and he feels that Thomas is still chasing after Hope Logan (Annika Noelle), but that he’s pretending not to, in order to take Hope off guard. Zoe will spy on Thomas and fish for information about his real feelings toward Hope. 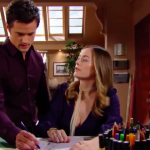 Bold and the Beautiful Spoilers: Hope Out of Options, Forced to Rely on Thomas

B&B Spoilers – Brooke Forrester Has Some Concerns About The Plan

According to B&B spoilers, Brooke won’t object to the plan per se, but she’ll have some questions. First off, she’ll want to know why Liam left her out of the plan. It looks like she’ll be upset that she didn’t know about the whole thing, especially since Thomas has been the one thing to utterly destroy her marriage to Ridge Forrester (Thorsten Kaye).

SUBSCRIBE NOW: Get The Bold and The Beautiful spoilers, news, and recaps in your email!

Second, it looks like Brooke will have some questions about the wisdom of using Zoe as a key player in the plan. After all, Brooke detests Zoe, since Zoe was a key player in keeping Beth Spencer (River Davidson and Madeline Valdez) away from Hope for so many months.

And now that Zoe and Thomas are embarking on a romantic relationship together, Brooke may wonder just how trustworthy Zoe really is. Of course, Steffy shares that concern as well, as she wasn’t thrilled about Liam’s idea for her to rehire Zoe in the first place. The two women will talk about the efficacy of using Zoe, and about the risks involved.

Bold and the Beautiful Spoilers: Hope Out of Options, Forced to Rely on Thomas https://t.co/IuJ56DfnbL pic.twitter.com/jVR8jc59AF

Ultimately, though, B&B spoilers indicate that Brooke will be on board with the plan, although she will be expecting and hoping for a very different outcome than Steffy is. Brooke will be fully expecting Zoe to find some evidence of Thomas’ ongoing obsession with Hope since she’s sure that Thomas still wants her daughter. As far as Brooke is concerned, Thomas is dangerous and there must be some evidence of that somewhere.

As B&B viewers know, finding hard evidence of Thomas’ disturbed personality is very important to Brooke because she’d like to prove to Ridge that she’s right about Thomas so that their marriage can be saved. She’s been begging Ridge to open up his eyes about Thomas for months, but Ridge wants to believe the best about his son.

While Brooke wants to find evidence of Thomas’ obsession with Hope, Steffy will be hoping for a very different end result. She’ll hope that Thomas has truly moved on from his obsession with Hope and that his romance with Zoe is real and not just for show. She’ll still have her reservations about Thomas, but she’ll nevertheless hope for the best.