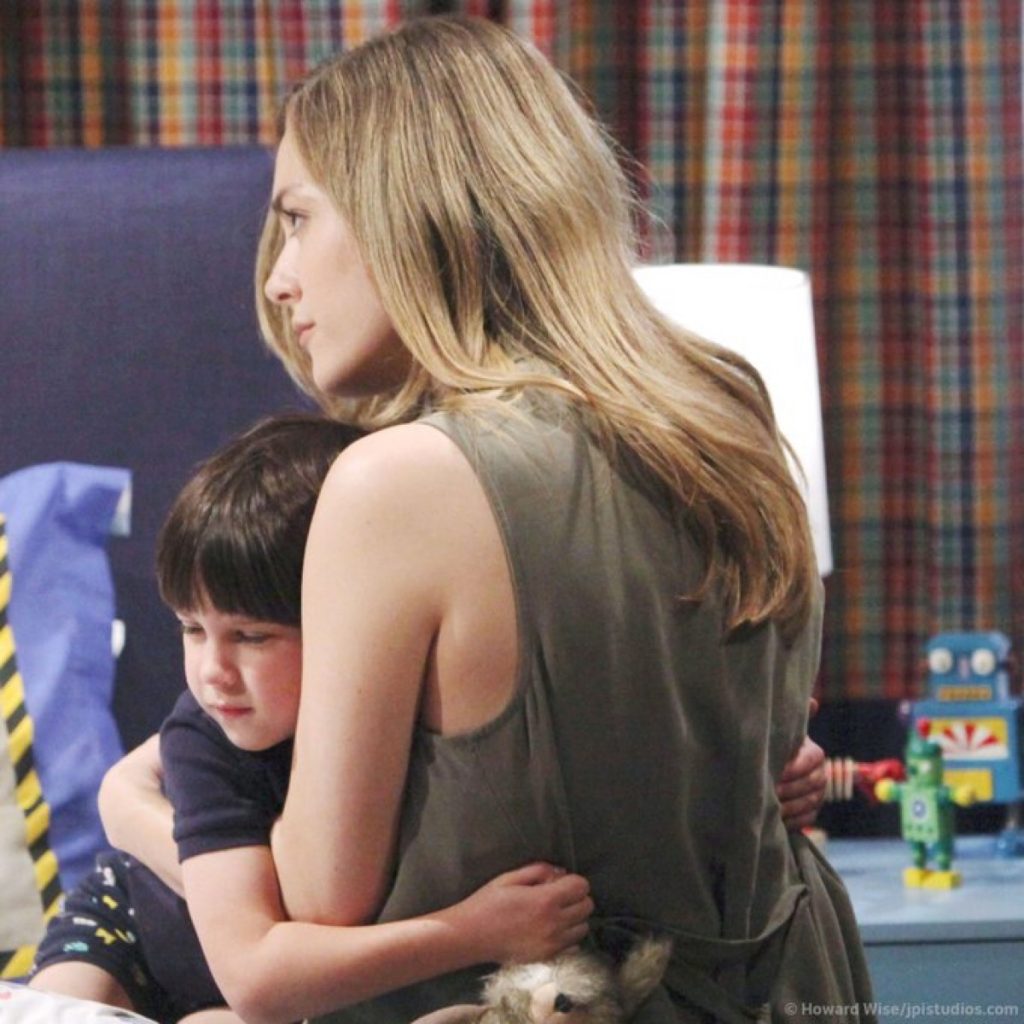 It begins at the cliff house, where Liam takes matters into his own hands by calling a hospital in Las Vegas to find out more about Flo’s pregnancy. After he hangs up the phone, Steffy Forrester (Jacqueline MacInnes Wood) appears with Phoebe. Liam updates her on all of his new information.

At Forrester Creations, Hope tells Flo that Douglas is a very special boy. She says that all of the choices that she has been making lately are because of him. She also tells Flo that she had to end things with Liam just so he could be a full-time father to Steffy’s girls, while Douglas is also giving her a chance to be a mother.

Flo mentions that she thinks Hope is still in love with Liam. Later on, Flo tells Zoe all of the details. She admits that Thomas threatened her. Zoe is hoping that Thomas will cool off a little now that he’s got what he wants: Hope. She also hopes that the truth will come out without their intervention, especially now that Phoebe has called out for Hope during the wedding.

Thomas once again reminds him that Hope is his new mommy now and that he shouldn’t do anything to jeopardize this new happiness that they have. He also tells Douglas that he misheard what was said on the phone. Thomas then calls Hope on the phone. She says that she will meet him at Steffy’s. Douglas then makes a comment about how nice Liam has been to him lately.

At Forrester Creations, Flo listens in on Hope’s conversation with Douglas and says that she’s worried about Thomas and his intensity. Back at the cliff house, Steffy tells Liam that Thomas and Hope are stopping by. Thomas is there with Douglas. He then hears Douglas ask if Phoebe was always named Phoebe.

When Thomas and Steffy take Phoebe back to her room, Liam and Hope get into an argument about her decision to marry Thomas. When Hope tells him that their baby is gone, Douglas appears and says that Beth is still alive.

The Young and the Restless Spoilers: Monday, July 29 – Michael Bests Adam – Rey & Adam Face Off – Chelsea Gets An Unexpected Visitor