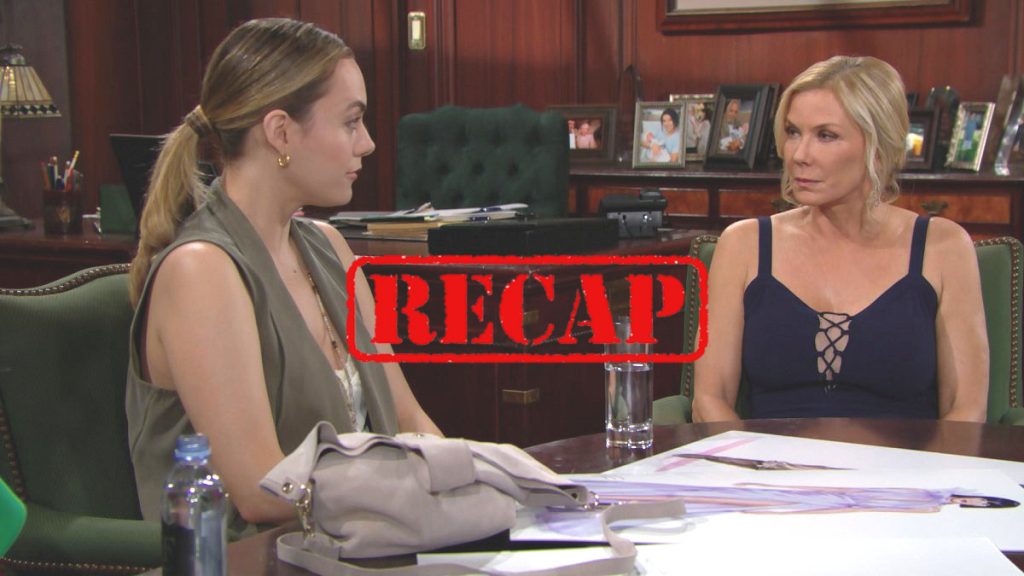 It begins at Brooke’s place, where Thomas and Hope tell both her and Ridge that they plan on telling Douglas about the engagement later that night. Brooke comments that she’s surprised that Douglas hasn’t said anything, considering that this entire engagement was supposedly his idea. Afterwards, Brooke tells Ridge that she doesn’t believe Hope is in love with Thomas. She also thinks that Thomas is using her. Thomas defends his son and thinks that Brooke is over exaggerating. 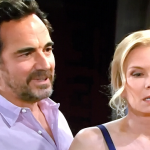 Upstairs, Hope and Douglas are bonding. Thomas tells his son that they have a huge surprise in store for him in. Douglas sees that Hope is wearing an engagement ring and she tells him that she is going to be his new mommy. Douglas says that he can’t wait for the wedding, although Hope says that it might be a while before that happens. Thomas, however, wants to speed things up and says that the sooner they do this wedding, the better.

Back downstairs, Hope talks to Ridge and Brooke about their engagement. Brooke thinks that she should go to the cabin. Brooke makes it clear that she thinks that her daughter is making a mistake. Elsewhere, Thomas has a plan to scare Douglas. He projects a ghost on the wall which wakes him up from his sleep. He screams. Hope hears him and rushes to be by his side. Douglas calls Hope his mommy. Hope says that there’s no time to waste and that they should get married for Douglas’ sake. Thomas says to himself that Hope Logan is finally his.

Wyatt brings Flo Fulton (Katrina Bowden) dinner at the Forrester Creations design office. Flo says that she never wants to let him go. Flo then spots Sally Spectra (Courtney Hope), who is hard at work at her office. She says that she always has so much work to do that she’s never at home. Sally gives Flo an assignment to do. Once alone, Wyatt and Spencer go over the reasons why they broke up. Sally says that Thomas was always her biggest regret. She also says that while she’s happy to see that Flo is making him happy, she misses him. But she also says that they will always have amazing chemistry between them. They kiss.

‘The Bold and the Beautiful’ Spoilers: Flo Blunders – Letting Wyatt Go To Sally…