The Bold and the Beautiful Poll: Who Will Make The Most Mistakes In The New Year – Thomas Or Hope? 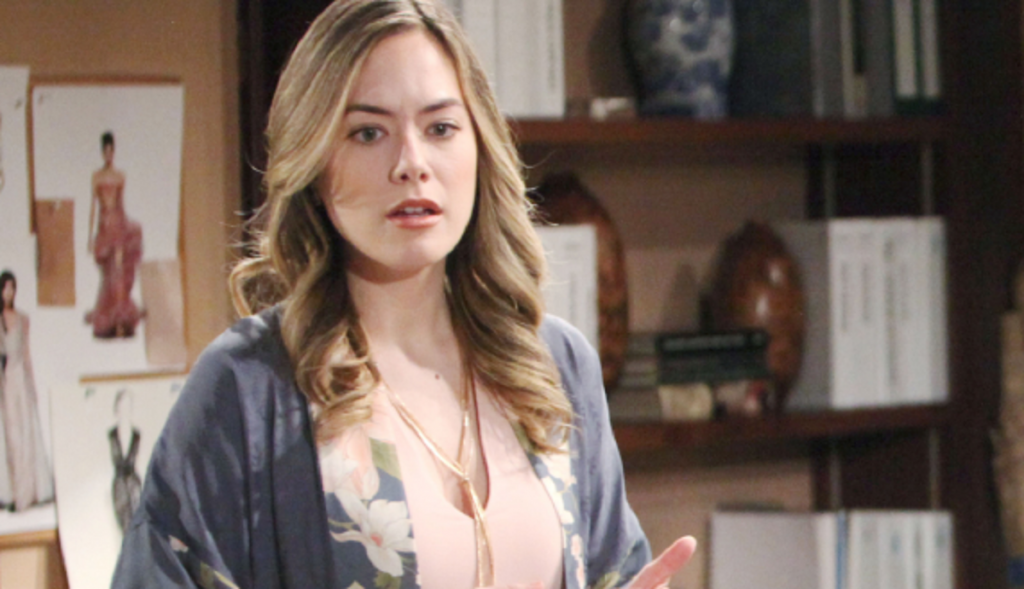 There are endless areas that can be explored regarding this poll question about ‘The Bold and the Beautiful’. Let’s focus on some of them.

Should Thomas Forrester (Matthew Atkinson) have chosen to return from New York after Caroline Spencer (Lindsey Godfrey) died? Since he’s done that his plans haven’t gone as expected.

Hope Spencer (Annika Noelle), yes that was her name until she allowed Thomas into her life. Bonding with Douglas Forrester (Henry Joseph Samiri) was natural, as is wanting to care for him. But choosing to co-parent with Thomas, after all, that’s happened?

Ridge Forrester (Thorsten Kaye) can’t unhear what he heard in that Los Angeles, California, hospital room. His son told him that he was responsible for Emma Barber’s (Nia Sioux) car crash and choose not to help her afterward. Since then Ridge has remained silent.

The Bold and the Beautiful Rumor: Who’s The Baby Daddy Of Kelly? Bill Or Liam?

A series of articles could be written that ask viewers their opinions about Thomas’ many mistakes. Clearly, the Emma incident was the worst, because she lost her life and hasn’t received justice yet. Of course keeping Beth Spencer’s (Madeline Valdez and River Davidson) existence from Hope, Steffy Forrester (Jacqueline MacInnes Wood), and others were horrible.

But Atkinson’s central focus character has made a number of other mistakes. He’s choosing to believe that sharing custody of Douglas with Hope will lead to a relationship. The rejection of his Hope For The Future plan indicates otherwise.

Hope has a stubborn streak, as Liam Spencer (Scott Clifton) has referenced. That’s a particularly dangerous trait to have at this point in her life.

Thomas has a history of not accepting no for an answer and if he gets that, as just happened, then bad things follow. In this instance, Hope told him off, saying that she doesn’t trust him and won’t.

Hope’s plan is to seek full custody of Douglas. Thomas doesn’t know that, yet.

Liam doesn’t want Hope to have shared custody of Thomas’ son and surely won’t support her seeking full control of his child legally, as untold consequences would follow. Hope’s good intentions in adopting Douglas refused to recognize that Ridge and Eric Forrester (John McCook) are that boy’s bloodline. It’s not as though Thomas is Douglas’ only option.

Bold And The Beautiful Spoilers – None Of This Should Be Happening

One could argue that Thomas’ mental health issues are driving all of his behavior and that no free will can be exerted. One could also say that Hope’s selfless actions have led her toward danger. But what explanation can be offered for what Ridge has done?

Choosing to not force Thomas to turn himself in to the authorities, or to turn that information over to them if necessary, was wrong. Yes, Ridge has also committed a crime in shielding his son from the law.

All that’s happened since Thomas admitted the truth about Mulholland Drive to his father would not have happened. Thomas could have received some sort of punishment that would have prevented various other B&B characters from being harmed. And, Ridge would have also preserved his marriage.

Fans of ‘The Bold and the Beautiful’ rightfully express their opinions on a regular basis. So, who made the most mistakes on B&B? Please vote in our poll.