The Bold and the Beautiful Poll: What Happens When Ridge Sees Thomas For Who He Really Is? 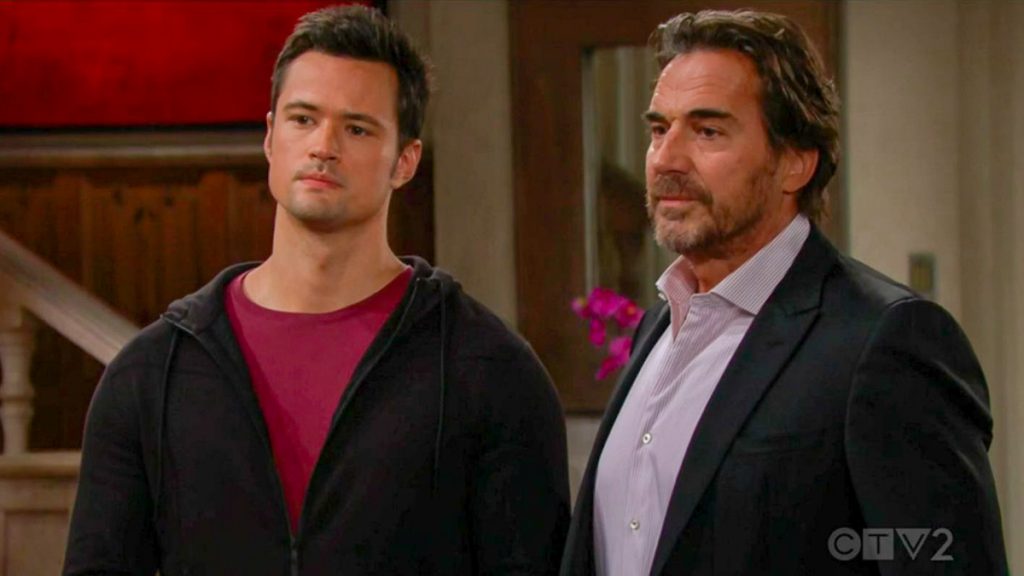 Ridge Forrester (Thorsten Kaye) just lost his marriage on ‘The Bold and the Beautiful’. That happened because of the issues Thomas Forrester (Matthew Atkinson) caused, though Ridge doesn’t realize how he’s been used yet.

Taking Douglas Forrester (Henry Joseph Samiri) from Hope Logan (Annika Noelle) and Liam Spencer (Scott Clifton) created great drama. Brooke Logan Forrester (Katherine Kelly Lang) stunned her husband during that process when she removed her rings and gave them to Ridge, indicating that ‘Bridge’ was over.

As the viewers know, Thomas has been pushing his father’s buttons in order to cut Brooke out of Ridge’s life and to push the Logan family out of Forrester Creations. So, what happens when Kaye’s character realizes what Thomas has been doing?

Thomas has another moment of clarity, where he spoke with compassion to Douglas at the cabin. He wanted to assure his son that he loved him and that their time apart wasn’t his fault.

But the fans have also seen when Thomas turns and berates Douglas, as though he were an adult adversary. It is during those moments that the viewers know Atkinson’s character is off-balance.

Brooke’s assessment is spot on. She is trying to avoid further trouble by insisting that Thomas receives the help he needs. But Ridge continues to believe that his son’s phone conversations with Taylor Hayes (Hunter Tylo) serve as adequate therapy.

The Bold and the Beautiful Spoilers: Hope Makes Promises to Thomas – Will He Really Be Fooled?

Having four generations of the Forrester men under one rough is important to Ridge. He, along with Eric Forrester (John McCook), Thomas, and Douglas are going to be living together.

Ridge is sincerely trying to help his family heal after Thomas again went off track and Steffy Forrester (Jacqueline MacInnes Wood) had her heart shattered after adopting a newborn and then being forced to surrender Beth Spencer (Madeline Valdez and River Davidson) to ‘Lope’.

The continued focus on Thomas is intended to help him achieve stability. But Thomas’ ongoing plans also involve taking over at FC, which Ridge doesn’t know.

Not satisfied with having his father fight his battles for him, like a boy Douglas’ age would expect, Thomas’ next goal is to rid FC of anyone named Logan. He also sees heading the family company as his destiny.

Thomas has selectively told various people that he would rise to power some day. In his warped mind that time may have arrived, with the Logan’s now needing to get out of his way. But Ridge still has say at FC and Eric is its founder.

Fans of ‘The Bold and the Beautiful’ rightfully express their opinions on a regular basis. So, what happens when Ridge sees Thomas for who he really is? Please vote in our poll below!

General Hospital Rumors: Could Elizabeth Be Pregnant? Father To Be Franco Returns To Take His Life Back!