‘The Bold and the Beautiful’ POLL: What Drama Happens First in 2020? 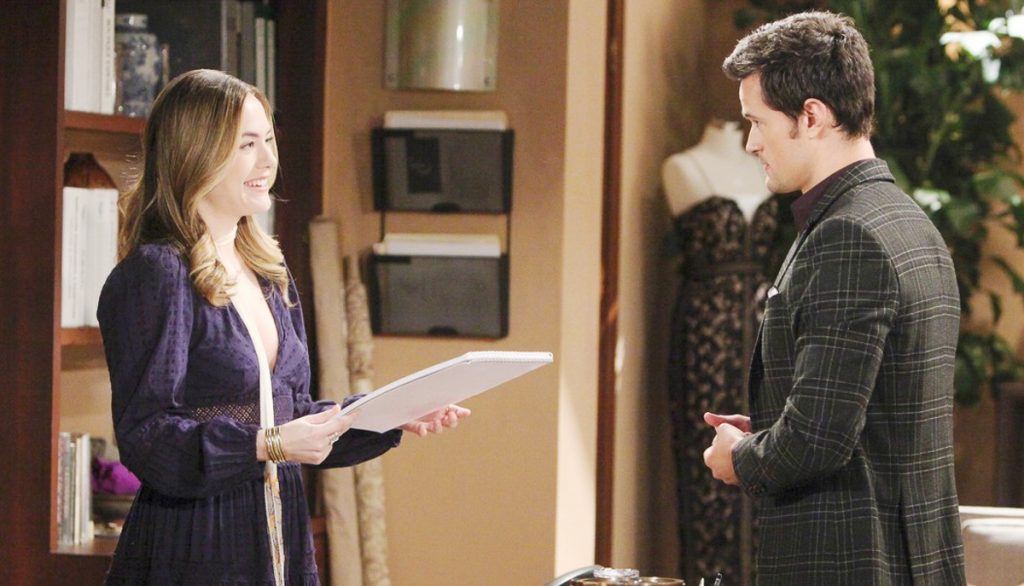 Fans of ‘The Bold and the Beautiful’ know that cliffhangers are routine on this particular soap. The lone surviving 30-minute broadcast network steamer operates on a different timing cycle then the other three hour-long daytime dramas.

As the lives of the Forrester’s, Logan’s, their friends and enemies are considered, what is likely to be the first drama that is offered to the audience in 2020?

It’s a risky plan, but that’s all Liam Spencer (Scott Clifton) and Steffy Forrester (Jacqueline MacInnes Wood) have. Using Zoe Buckingham (Kiara Barnes) as a spy isn’t ideal. However, she has an in with Thomas Forrester (Matthew Atkinson), who believes he’s using her.

A variety of scenarios could play out, including Thomas overhearing any of the three named characters above discussing their scheme. He’s also cunning and could figure out what’s happening, based upon clues, or through forced questioning.

A more compelling situation would have Hope Logan (Annika Noelle) confirm that Zoe is being manipulated. The former Mrs. Forrester may feel compelled to keep Zoe safe, despite the role Barnes’ character played in the Beth Spencer (Madeline Valdez and River Davidson) drama. Then, Zoe would become upset and confront Thomas.

This is on the way to happening, but hasn’t been fully realized. ‘Bridge’ is nearly divorced, with the papers having already been signed. But Brooke Logan (Katherine Kelly Lang) and Ridge Forrester (Thorsten Kaye) are still expressing their mutual desire to reunite.

Meanwhile, Shauna Fulton (Denise Richards) remains patient. The encouragement she’s been receiving from Quinn Forrester (Rena Sofer) is important, as it comes from a longtime friend who realized the seemingly impossible herself.

‘Shidge’ would break Brooke’s faith that Ridge can pull himself out of the malaise he’s been in for months. It would also become the talk of Los Angeles, California.

‘Wally’ is on the ropes, again. Wyatt Spencer (Darin Brooks) has a hair-trigger when it comes to Sally Spectra (Courtney Hope). While claiming he loved her, Wyatt previously gave Sally the boot earlier this year after Flo Fulton (Katrina Bowden) arrived in town.

Sally’s supposed betrayal involved her not telling Wyatt that Thomas intended to split ‘Lope’. The juvenile nature of that choice has now been followed by Sally mentioning Liam’s name at an inappropriate time. This puts ‘Wally’ in jeopardy of ending a short while after it revived.

Flo’s organ donation recovery is nearly over. Her return to full health signals that Bowden’s character is back in the game, which gives Wyatt a decision to make, unless Sally makes it first.

Fans of ‘The Bold and the Beautiful’ rightfully express their opinions on a regular basis. So, which drama comes first on B&B in 2020? Please vote in our poll!

General Hospital Spoilers: Carly And Sonny On The Rocks Over Mike Going Into The Swedish Alzheimer’s Trial