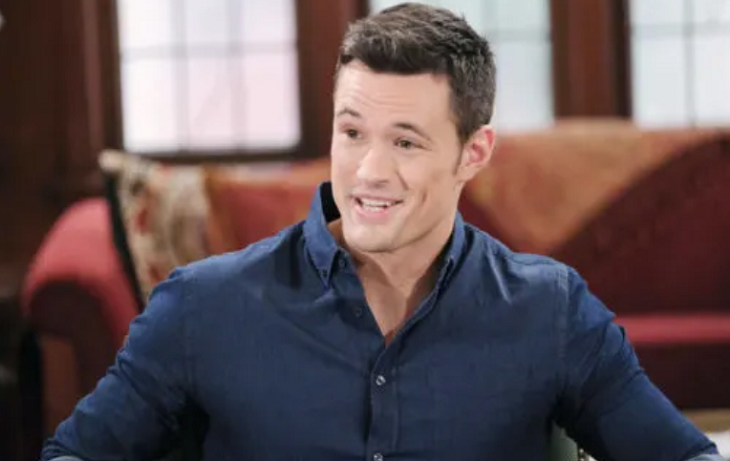 The Bold and the Beautiful star and Young and the Restless alum Matthew Atkinson (Thomas Forrester) has just landed a brand new role! We’ve got all of the information that you need to know right here.

Matthew, who has been doing a great job of shaking things up as Thomas Forrester, will soon be starring in a film called The Party Planner. The project is written and will be directed by Jake Helgren.

Here’s what the synopsis has to say about the film: “When young art gallery owner and mother Kayla Anderson finds herself drowning in work and in need of help planning her daughter Kerry’s big upcoming Sweet Sixteen bash, she hires pretty, spirited party planner Lindy Shores to help out, having no clue that Lindy is unstable and recently murdered her husband, and will stop at nothing to make Kerry a daughter of her own.”

It sounds pretty interesting, doesn’t it? Matthew will play a character by the name of Griff Shores. His co-stars will include Lindsey McKeon, Marco Dapper, Katrina Begin, Cathryn Dylan, Jud Taylor and more.

Meanwhile, Matthew Atkinson isn’t the only The Bold and the Beautiful star who will be pulling in double duty in the coming months. That’s because his co-star Darin Brooks (Wyatt Spencer) has also landed himself an exciting role. The actor will be starring in an upcoming thriller called The Missing Sister. While there are no additional details available about the movie right now, we do know that it is slated to debut sometime later this year.

Feels like I’ve got ice cold water running through my veins after a winter sesh in the Pacific. Also seems appropriate photo of the recent Thomas Forrester developments. 😄 Photocred: @cali_girl_gone_maine

Atkinson Will Do Double Duty With The Film And B&B

It’s so much fun to see so many of our favorite actors working on new, exciting projects. We can’t wait to see both Matthew Atkinson and Darin Brooks in their new movies. We will definitely update you with more information as it rolls in. Now, as far as what’s in store for Thomas Forrester on The Bold and the Beautiful, we have a feeling that things are about to explode – and in a major way, too. The secret about Baby Phoebe’s true identity is about to come out and let’s just say that everyone included in the Spencer, Logan, and Forrester families are going to be impacted by this.

The Young And The Restless Spoilers: Nick’s Desperate Plea to Victor, Needs Ally Against Adam – Can He Really Beat the Golden Boy?