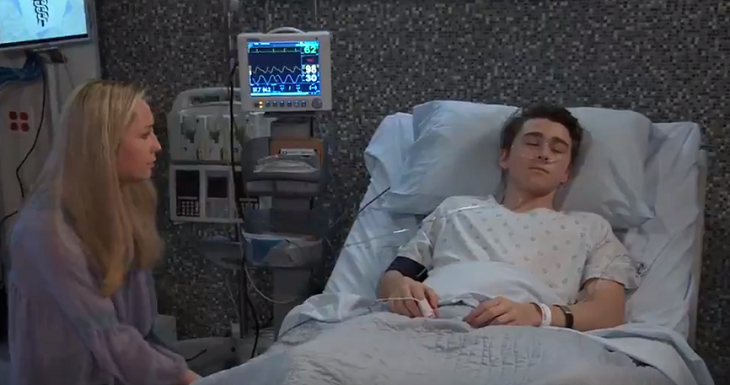 “General Hospital” spoilers for Thursday, April 18, tease that Dr. Hamilton Finn (Michael Easton) will weigh in on Anna Devane’s (Finola Hughes) latest crisis. She’ll be fretting over how to tell Robin Scorpio-Drake (Kimberly McCullough) that they may not be mother and daughter, but Finn will suggest they slow down and think about this. Is there any reason Robin has to know at all?

Even if Anna wants to tell Robin eventually, it might be better to hold off until they know more. Anna could be wrong, so what’s the point in stirring things up for Robin without proof?

While Anna and Finn debate the situation, Oscar Nero (Garren Stitt) will head over to the Quartermaine mansion. That’s where Oscar intends to spend his final weeks, but he’ll need a favor as he gets settled in.

General Hospital Spoilers – Josslyn Jacks Wonders What Is Going On

Ned Quartermaine (Wally Kurth) and Olivia Quartermaine (Lisa LoCicero) will listen up as Oscar makes his request. Josslyn Jacks (Eden McCoy) will appear during this conversation, so she’ll wonder what’s going on. There’s a good chance whatever Oscar asks for will be heartbreaking. This storyline is getting sadder every day! 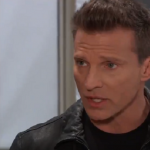 Carly Corinthos (Laura Wright) will definitely face some emotional moments on Thursday. She may be overwhelmed by everything Oscar and Joss are dealing with, but she’ll try to stay strong. Next, Alexis Davis (Nancy Lee Grahn) will have a deep discussion with Dr. Neil Byrne (Joe Flanigan). She’s opened up to him several times, but it might be the doc’s turn to share.

Neil has personal experience with cults, so he may have lost a family member to one. This could involve the patient where exit therapy ended badly. There’s even a chance this somehow ties in with Willow Tait (Katelyn MacMullen), but we probably won’t learn all the details just yet. GH has to keep letting all these secrets trickle out.

Speaking of Willow, her latest news definitely rattled Michael Corinthos (Chad Duell). He quickly gave Sonny Corinthos (Maurice Benard) and Jason Morgan (Steve Burton) updates on the pledge. They now know Kristina Corinthos-Davis (Lexi Ainsworth) handed over something that could be used against her or a family member.

Sonny will guess that Shiloh Archer (Coby Ryan McLaughlin) has leverage on him. He’s committed plenty of crimes, so he’ll assume Kristina must’ve used one as her trust offering. Little does he know, Alexis is the one who’s got a secret at stake. Kristina’s confession was all about how Alexis intentionally ran down and killed Kiefer Bauer (Christian Alexander).

“General Hospital” spoilers say Alexis will deal with some other drama for the time being. She’ll find out that Julian Jerome (William deVry) coughed up cash for Kristina. He’s the reason her initiation moved forward, so you can bet Alexis won’t be happy!

Finally, Shiloh will put Sam McCall (Kelly Monaco) in another tight spot. He’s tasked her with duping Jason and Sonny in hopes of learning the truth about Kristina. What Shiloh doesn’t realize is that Sam’s already duping him!

Nevertheless, Shiloh will continue to believe he’s got the upper hand. He’ll want to help Sam pull off this plot, but she may push to do it alone. Sam’s determined to keep Kristina safe, so she’ll have to make Shiloh see things her way.