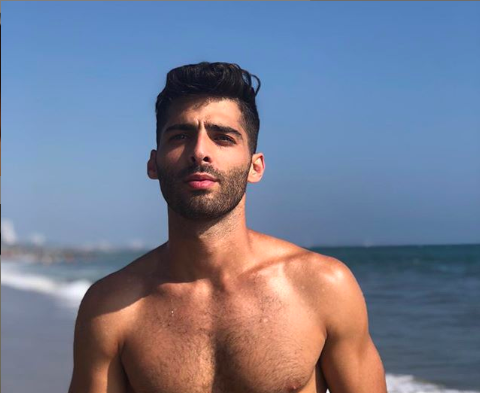 “The Young and the Restless” viewers may be saying goodbye to Arturo Rosales, but that does not mean that the actor who plays the role, Jason Canela, is slowing things down. Canela announced that the 2018 movie entitled “Make Love Great Again,” where he had the opportunity to be part of is set to make its debut on HBO Latina on May 10, 2019.

The film is directed by Aaron Argasahncgez and written by Shane Kinsler and Tom Musca. The movie’s plot is relevant in today’s time when there is a growing immigration problem. The story revolves around transnational lovers, Chris (David Haack) who is an American and Natalie (Alina Robert) who’s a Latina, and two federal agents who manage to gather compelling evidence that the marriage of the couple is fraudulent. 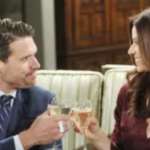 The film is framed by fun and tumultuous flashbacks that feature the sides of both the couple and the agents. Set in Miami and the recent ascension of Trump into presidency, the movie’s immigration narrative comes with unexpected twists that will trigger different kinds of conversation.

Apart from Haack and Robert, other cast members include Jeirmarie Osoria as Agent Walker, Eduardo Yáñez as Rolando, Chris Mulkey as Agent Riley, Andy Guze as Matt, and Tatum Price as Vanessa.

Who else likes to sit on rocks on a Wednesday afternoon ??

In March, Jason Canela took to Twitter to announce that his one-year contract with “The Young and The Restless” has ended and so, he will no longer be portraying Arturo Rosales in the soap.

He made his first appearance in the sudser in March 2018, and he only has good things to say about his entire experience working on the soap opera. He was also thankful for being part of the show.

“I appreciate each and every single person that makes up part of ‘The Young and the Restless’ family! Our makeup team, our crew, our security! Without them, there is nothing the team behind the camera is what makes it all worth it,” Canela said in his prepared statement.

Canela finished filming all his scenes in “The Young and The Restless” a couple of weeks ago.

What a blessing it is when friends become family 🙏🏽💯❤️ pic.twitter.com/6pnO9cZ55t

Apart from “The Young and the Restless,” Canela starred in telenovelas “Donde Esta Elisa” and “Cosita Linda”. He appeared in short films “Regression” and “Loss” and in television shows like “Pitch.”

‘Days Of Our Lives’ Spoilers: Maggie Discovers Victor In a Close Moment With Kate

Days Of Our Lives Spoilers: Is Haley In Grave Danger From Claire?