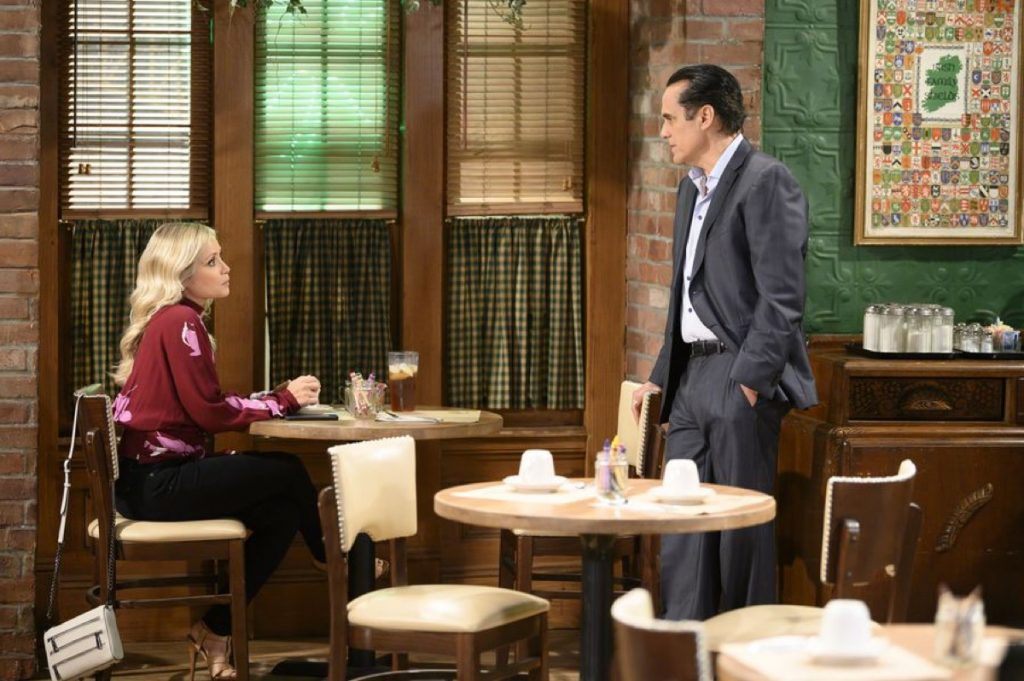 General Hospital (GH) spoilers for the week of Monday, July 22, 2019, through Friday, July 26, 2019 tease that we will have a week filled with one gets served with divorce papers, another gets provoked, and let’s not forget plenty of drama. We have a very exciting week heading our way and you will not want to miss a moment of the action!

GH spoilers reveal that Lulu Falconeri’s (Emme Rylan) absentee husband, Dante Falconeri (Dominic Zamprogna) will want out of their marriage. When Lulu returns home she will find a special delivery from Dante which is divorce papers and is absolutely blindsided.

Laura Webber (Genie Francis) will rush to her daughter’s side and show her support. Lulu will not know whether to accept it and sign the papers or fight for her marriage. Lulu will ponder on her decision and this situation in which Lulu finds herself in will only illustrate how great the love between Dante and Lulu is and the sacrifices people sometimes have to make. Do you GH fans think they will go through with the divorce?

Meanwhile, Shiloh Archer (Colby Ryan McLaughlin) will provoke Drew Cain (Billy Miller) after making bail. The first two people that Shiloh will encounter are Jason Morgan (Steve Burton) and Drew and things will quickly get heated. Shiloh will offer Drew a deal for ELQ shares Oscar Nero (Garren Stint) left him, but by invoking Drew’s dead son’s name, he is basically waving a red flag in front of him.

We all know Shiloh is a master manipulator and is only trying to make Drew snap. The confrontation Shiloh and Drew have will have Shiloh thinking back to their time overseas and we will learn a lot more about their history. Are you GH fans looking forward to this?

Jason Morgan spends time with Carly Corinthos (Laura Wright). Nelle Benson (Chloe Lanier) stirs up trouble. As you can see we have a very eventful week coming up, so make sure to stay tuned to ABC’s General Hospital to see how this all unfolds.