General Hospital Spoilers: Why Hasn’t Anna Returned – Is She Done With Finn? 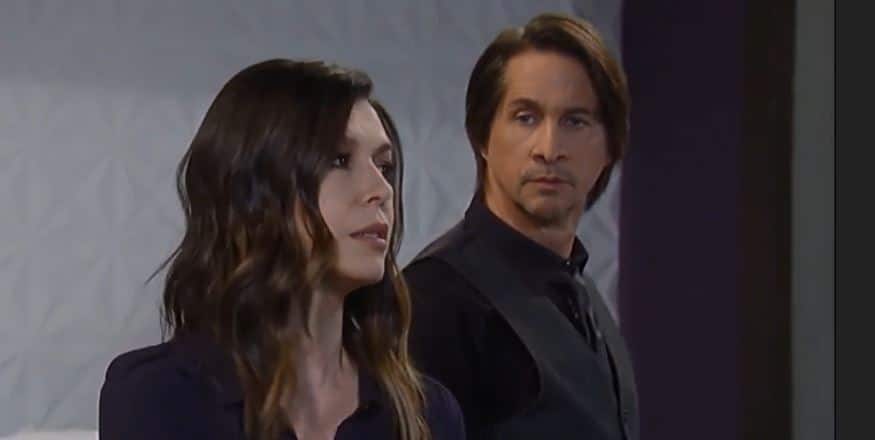 General Hospital (GH) spoilers tease that Anna Devane (Finola Hughes) still has a few weeks before she returns to Port Charles? But why is she staying away? While it’s true that once Anna is on a mission, she is pretty much single minded about it until it’s over. But this time it seems like she left poor Hamilton Finn (Michael Easton) only days after she accepted his proposal. She won’t be back until sometime in December, so that’s six months away from a brand new fiancé?

When Anna left, it was for the sole purpose of finding Alex Devane (Finola Hughes) to confront her once and for all and determine which of them is the mother of Peter August (Wes Ramsey). As viewers know, all three set of twins that have been featured on General Hospital were involved in the memory mapping procedure. Anna doesn’t know if any of her memories actually belong to Alex but she suspects that giving birth to Peter may be it. Anna would have mixed feelings about this, because she has come to love Peter, but it would have to a huge relief that she never slept with Cesar Faison (Anders Hove). 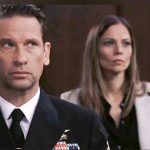 General Hospital Spoilers: Life Goes On In Port Charles Without Her

But life is continuing to move forward in Port Charles. Peter has returned to his criminal ways, mostly to keep the fact the his was direct involved in kidnapping Drew Cain (Billy Miller) so Helena Cassadine (Constance Towers) could turn him into her own personal assassin. He was also completely in charge of keeping Jason Morgan (Steve Burton) captive for five years until hi escaped. Peter has always contended that he was an unwitting party in all of this, but recent developments have proven that isn’t true. And now he is committing even more atrocious acts to cover up the original crimes. Perhaps Anna has somehow discovered Peter’s true nature and just doesn’t want to face him. But it seems unlikely that if she did know, she would want to turn Peter in herself. So if it isn’t Peter keeping her away, that just leaves Finn.

When Anna left, it seemed like Finn and Anna were happier than they have ever been together. But perhaps after spending so much time apart, Anna has realized that perhaps she doesn’t feel as strongly about Finn as she thought she did. There’s also the fact that Finn’s former love Hayden Barns (Rebecca Budig) has returned and she may be concerned Finn maybe isn’t really over Hayden. Perhaps she is waiting to see if they reconcile before she comes back. Surely, Robert Scorpio (Tristan Rogers) is keeping her informed.

"The patient in that room is… my daughter?" #GH pic.twitter.com/jLQmnw9p8L

General Hospital Spoilers: Could This Be Leading To A Brand New Pairing For Anna DeVane?

Perhaps there is a new love interest on the horizon for Anna. Martin Gray (Michael E Knight) has recently come to Salem and if he stays in town, he would likely need a strong love interest. Anna might just be a perfect option. Of course this is all speculation for now, but it would be exciting to see Martin and Anna test the waters.

Is Anna really just not finished with her mission or is she staying away because of Finn or Peter? Perhaps when Anna returns in December we will get the answer! But in the meantime, tune in to General Hospital weekdays on ABC. And don’t for get to check back here often for all your General Hosptial news, information and spoilers!