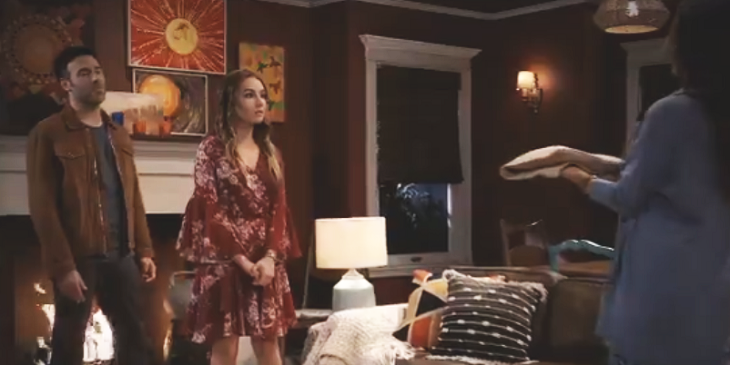 “General Hospital” spoilers for Tuesday, April 9, tease that Jordan Ashford (Briana Nicole Henry) will worry about the threat Ryan Chamberlain (Jon Lindstrom) poses. She’s not convinced Ryan is dead, but there may not be much more she can do. Jordan will tell Curtis Ashford (Donnell Turner) that Margaux Dawson (Elizabeth Hendrickson) closed the case, so she may fear Port Charles will be left vulnerable.

Over with Felicia Scorpio (Kristina Wagner), she’ll talk to Laura Webber (Genie Francis) and Ava Jerome (Maura West) about a sneaky plan. Felicia will suggest they have to lure Ryan back to PC on their timetable. If they don’t, they’ll have to live in constant fear. Ava may be on board with Felicia’s idea, but Laura will undoubtedly have some reservations. This plot sounds awfully risky!

“General Hospital” spoilers say Ava will be assertive with Carly Corinthos (Laura Wright) on Tuesday. She may seek another team member, but Carly has to consider the well-being of her unborn child. She should be hesitant to take part in anything too dangerous.

Meanwhile, GH spoilers say Sam McCall (Kelly Monaco) will contemplate her latest discovery. She found Shiloh Archer’s (Coby Ryan McLaughlin) tattoo kit in the attic, so she knows what’s about to go down. Sam will take steps to prevent Kristina Corinthos-Davis’ (Lexi Ainsworth) show of trust, but time is running out.

Sonny Corinthos (Maurice Benard) knows that as well, which is why he summoned Dr. Neil Byrne (Joe Flanigan). He’ll push Neil to help Kristina on Tuesday, but he may face some resistance. Neil warned Alexis Davis (Nancy Lee Grahn) to stick with patient strategies, so Sonny may get the same advice.

Fortunately, Jason Morgan (Steve Burton) will try to rescue Kristina no matter what. He’ll head over to the community house soon, but Kristina’s ritual will kick off in the meantime. Shiloh will tell Kristina that this is the last point to turn back. He’ll urge Kristina to be absolutely sure she can make a commitment of this level.

Naturally, Kristina will brush off any lingering doubts and move forward. She’ll be handed a drink to calm her nerves, but it’ll probably be something to drug her instead.

Across town, Willow Tait (Katelyn MacMullen) will leave Michael Corinthos (Chad Duell) disturbed. She’ll contend that his sister is in more trouble than Michael realizes, so he’ll listen up and fear the worst.