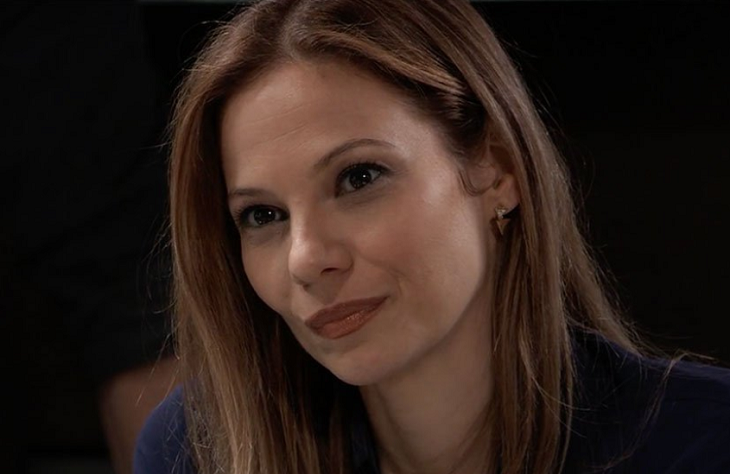 General Hospital spoilers for Thursday, June 27, tease that Bobbie Spencer (Jacklyn Zeman) will get some much-needed support from one of her nurses. As GH viewers know, Bobbie was just diagnosed by her son Lucas Jones (Ryan Carnes) with Type II Diabetes, and it’s got her rattled. But since Bobbie tends to take care of everyone around her and neglect herself, she might need some tough love.

And it seems that’s where Epiphany Johnson (Sonya Eddy) will come in. Epiphany will approach Bobbie as she’s working at GH, and Bobbie will open up about her family crisis. Epiphany will tell Bobbie sternly to come with her, so it looks like she might insist that Bobbi take some time to take care of herself.

Next, on Thursday’s new episode of General Hospital, Kim Nero (Tamara Braun) will continue to work on Drew Cain (Billy Miller), as she tries to convince him to have a baby with her. As GH viewers know, Drew didn’t think it was such a great idea, but it doesn’t look like that will stop Kim from trying to convince him again. She’ll suggest that they don’t have to be together to create a baby, so she’s probably thinking about artificial insemination. 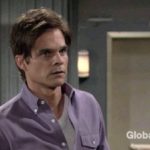 Perhaps Julian will suggest that he may do something else outside of the law to deal with the Shiloh Archer (Coby Ryan McLaughlin) problem, or he may insinuate that Shiloh could somehow disappear. That would certainly infuriate Alexis.

Shiloh has eyes everywhere and even Jason has trouble avoiding them. How can he get himself out of this one?
A thrilling, new #GH starts RIGHT NOW on ABC! @1SteveBurton pic.twitter.com/ICHiv0Q2Lo

Other General Hospital spoilers say that Sam McCall (Kelly Monaco) will continue her uncomfortable interaction with Shiloh in the park. Shiloh probably won’t be able to help himself from taunting Sam about Jason Morgan’s (Steve Burton) arrest over in Beecher’s Corners. Sam will be upset, and it looks like Lucas will come along to break up the exchange. Look for Lucas to get physical with Shiloh as Shiloh gets too close to Sam.

Finally, Jason will get a welcome assist from Michael Corinthos (Chad Duell). Michael was conspicuously absent while Jason was getting arrested by the crooked cop in Beecher’s Corners, so it makes sense that he may have been working behind the scenes to help. We’ll see exactly what he does to help, as GH spoilers say he’ll come to Jason’s rescue.

Bold and the Beautiful Spoilers, Thursday, June 27: Thomas Gets Help From A Friend- Hope, Brooke, & Ridge Have Opposing Viewpoints On Her Immediate Future

The Young and the Restless Spoilers: Thursday, June 27 – Billy & Esther Are Shocked To See Chloe – Adam Presses Kevin For Dirt On Nick