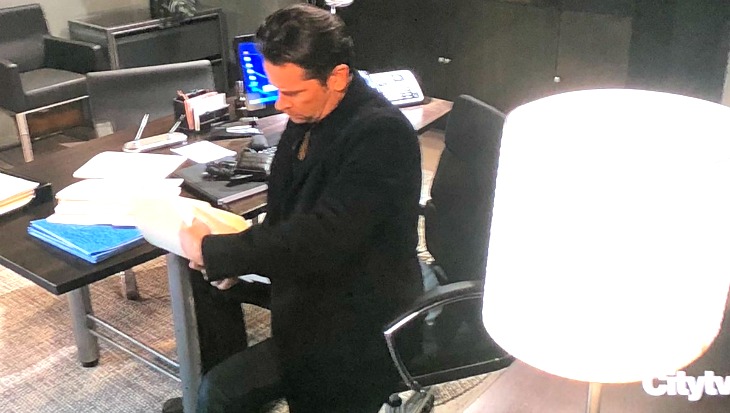 General Hospital spoilers tease that when Carly Corinthos (Laura Wright) interrupts Franco Baldwin (Roger Howarth) in the middle of his search for his patient file, he might share his concerns about Kevin Collins (Jon Lindstrom) not being very Kevin-like lately! He undoubtedly will tell her that he was dumped as a patient suddenly and that Kevin’s new office assistant wouldn’t allow him his patient files.

Carly will undoubtedly understand his being upset, but tell him there are better (and more legal) ways to go about that kind of thing, having another doctor request the files, for instance. If he tries to share even more with Carly, Kevin’s attitude about Ava Jerome (Maura West) trying to lure the serial killer to herself so she can kill him, for instance, will Carly listen, or will she dismiss his concerns because of their own past with each other?

Several years ago, Carly very nearly married Franco, on Halloween of 2014. But when it came time to say “I do”, Franco changed his mind at the last minute and called Carly a lying, cheating whore in front of all who were at the wedding! Carly had cheated on Franco by sleeping with Sonny Corinthos (Maurice Benard) and Franco had found out! He’d given Carly a necklace with a camera in it, and she inadvertently filmed she and Sonny having sex, and Franco showed the video there at the almost-wedding, right in front of God, guests, Carly, and pre-teen Josslyn (then played by Hannah Nordberg)!

DP: “Dr. Collins fired Janet and hired me. And like I said, I can’t release your medical records. Now if you’ll please excuse me.”

Franco: “Yeah, to hell with this”

That’s a lot of embarrassment for Carly to overcome, and even though there’s been a lot of water under the bridge between the two of them since that time, Carly may not care to listen to Franco’s concerns about Ava or Kevin’s opinions about her handling her grief, even if he is trying to make a point that he smells a rat where Kevin is concerned!

Ryan knows Franco smells a rat, and if anyone could tell that Ryan was not Kevin, Franco could! That’s why he dumped him as a patient….and if Ryan knew that the police had also consulted Franco about the serial killer, he might try to eliminate Franco, but Franco might figure out what he’s up to before he has a chance! Franco knows how Ryan thinks! 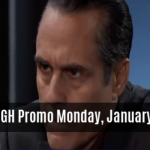 If Carly had not interrupted when she did, Franco would have found the box with the driver’s licenses, and no doubt opened it or possibly even taken it to the police! Of course, if they knew he’d broken into Kevin’s office it wouldn’t be admissible as evidence, but they would know Kevin is really Ryan! Stay tuned to GH and keep checking General Hospital spoilers frequently to see who ultimately figures it out and takes down phony Kevin!

Eastenders Spoilers: Are Mick And Linda Carter Over?

Days of Our Lives Weekly Spoilers January 14 to 18: Xander and Sarah Get Steamy – Eli’s Romantic Surprise for Lani – Gabi and Stefan’s Battle