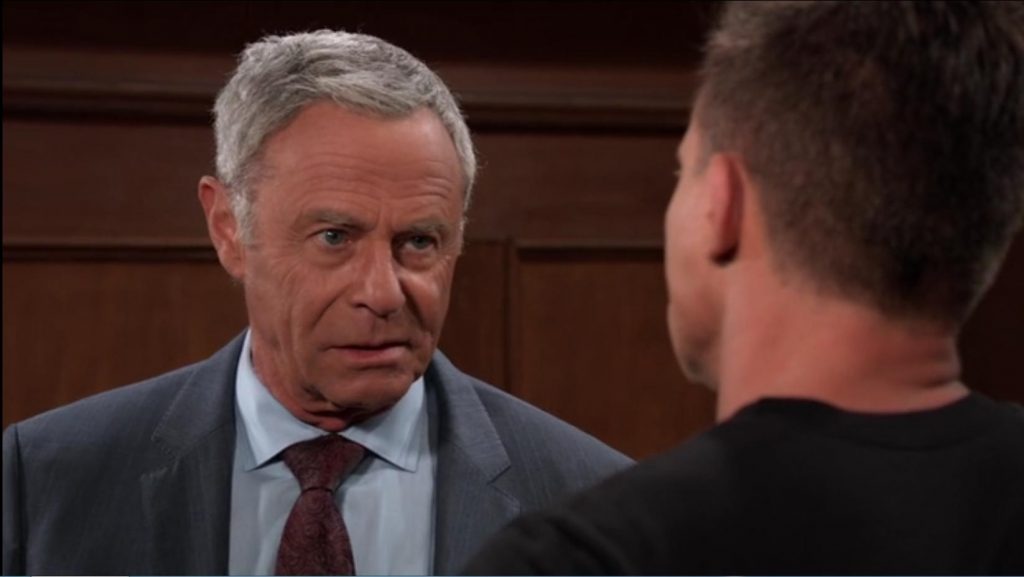 District Attorney Robert Scorpio has been in constant touch with the WSB, who he got involved in the search and rescue, now the search and recovery mission for Drew Cain after his plane crashed in the Gulf of Aden near Afghanistan. The pilots were found to have been “ghosts.” In other words, substitutes who were put in place of the original pilots of the charter plane, which implies that they were in place to crash the plane and prevent Drew from returning.

They were supposed to prevent him from reaching Dr. Andre Maddox (Anthony Montgomery) but that didn’t happen. While as long as there is no body or anything else to prove identity such as dental records, Drew can only be presumed dead, it is a possibility that producers have chosen to not recast and therefore remains would be found and positively identified.

Drew has been missing long enough that searchers are only looking for remains, not for a live person. Of course it is possible that Peter August (Wes Ramsey) had him kidnapped off the plane and has him stashed somewhere under heavy sedation, possibly the Boronsky Clinic in Russia where his twin Jason Morgan (Steve Burton) was for five years.

Peter could have had his (presumably) DVX contacts fake Drew’s death right down to the ID card and if the plane had an explosive and it burned, jet fuel catching on fire destroys pretty much everything on a human body where it is beyond recognition. It gets so hot that even the teeth could have fragmented and positive ID would be pretty much impossible.

So if Robert gets news of bodies being found, but unable to obtain positive IDs, there is hope that Drew may yet be alive somewhere! Usually, in soap operas, unless we see a body in a bag, such as with Shiloh Archer (Coby Ryan McLaughlin) or on the floor in a pool of blood like Silas Clay (Michael Easton) or ascending heavenly stairs like AJ Quartermaine (Sean Kanan). There is always a chance of survival and eventual return!

Long time General Hospital viewers will recall that several Cassadines died and came back to life, and even Drew himself was resurrected after being in stasis in a Cassadine lab , where Robin Scorpio-Drake (Kimberly McCullough) developed a life-giving protocol, thinking she was rescuing Jason! They would have looked identical back then, before Drew was run over by Ava Jerome (Maura West) and had to have all those plastic surgeries! So unless Robert has a positive ID on Drew, don’t count him out just yet!