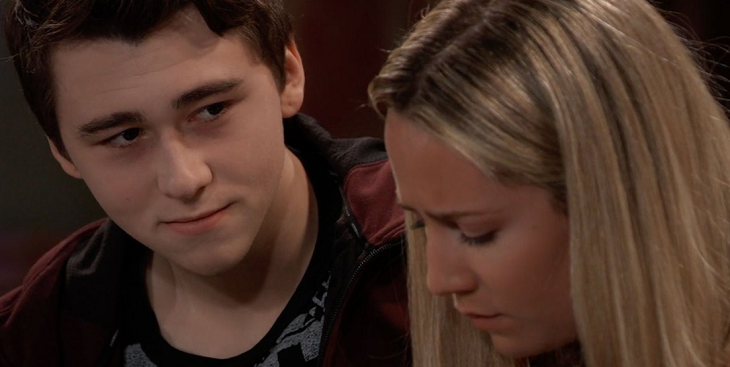 Anna tells Finn that Robert Scorpio (Tristan Rogers) thinks she is punishing herself. She wonders what this will mean to Robin if she’s not her mother. Anna tells Finn she couldn’t keep this a secret if she knew for sure she isn’t Robin’s mom.

Finn tells Anna there are more advanced tests to determine maternity. Anna tells Finn she could tear her family apart for no reason. Finn has an emergency call from the hospital and leaves. Anna and Finn share I love yous before he goes. Anna goes through a box and finds Robin’s hospital bracelet; she says that is proof of who gave birth to Robin. 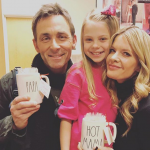 Carly warns Michael how hard this is going to be on Jocelyn; he promises to look out for her. Jason checks in with Carly to make sure she is ok. Carly tells Jason what is going on with Jocelyn’s feelings and how she hurts for her.

The reality of Oscar's condition is hitting Kim and Drew like a ton of bricks. Click to watch today's emotional, new #GH – RIGHT NOW: https://t.co/cGdaC2AaNe

Sam McCall (Kelly Monaco) interrupts and updates Jason Morgan (Steve Burton) on the situation with Shiloh Archer (Coby Ryan McLaughlin). Sam tells Jason that she has to find the pledge; it is the only way she will be free. Shiloh is shown holding the file with Kristina Corinthos-Davis’ (Lexi Ainsworth) signature.

General Hospital’s Ned Quartermaine (Wally Kurth) arrives to find Olivia Quartermaine (Lisa LoCicero) in tears over Oscar. Oscar comes in with Kim Nero (Tamara Braun) and Drew Cain (Billy Miller) and sees the wheelchair Olivia wants hidden. Olivia offers to cook for Oscar if his appetite comes back. Kim and Drew step outside to get the bags. Oscar wants to speak to Ned and Olivia in person. Oscar asks Ned and Olivia to plan his funeral for him.

Drew and Kim come back inside, and he offers to back any decision she makes. Kim says she is all in for this helping Oscar. Oscar wants a memorial, not a funeral. Ned tries to get Oscar to wait, but he gives then his list for the memorial service. Oscar wants no tears, Olivia can’t promise that, but she can follow his instructions. Jocelyn arrives and interrupts their conversation, and Oscar says it’s ok.

WATCH: Joss sings with Oscar, Kim and Drew share an emotional moment, Alexis spars with Julian, Jason checks in with Sam, and Sonny gets an update from Neil. Grab some popcorn (and maybe some tissues) and enjoy! #GH pic.twitter.com/hgKH1NsbKg

Jocelyn tells Oscar about working on the song for them for the Nurses Ball. Oscar suggests Jocelyn perform it with someone else, she refuses. Oscar and Jocelyn work on their song and when finished, Jocelyn picks up the guitar and asks if Oscar wants to hear how it sounds, he agrees.

General Hospital’s Alexis Davis (Nancy Lee Grahn) comes downstairs from checking on Kristina and bumps into Neil Byrne (Joe Flanigan). Alexis accuses Neil and Sonny Corinthos (Maurice Benard) of working together behind her back. Alexis feels betrayed by Neil; he assures her he didn’t know that she and Sonny shared a daughter. Alexis asks Neil if this is a conflict of interest now, he says no, they can’t talk about each case though. Alexis wants to know about Neil’s experience with cults, but he wants her to respect his boundaries.

Sonny talks to Neil about the intervention. Neil explains how Shiloh’s words make his followers think his words are reassuring them. Sonny tells Neil that Kristina may have given Shiloh damaging information. Sonny wants to ask Kristina what she told Shiloh, but Neil tells him no. Neil says that Kristina is not ready to handle guilt; it could shatter her.

General Hospital’s Sam McCall starts to leave to find out information about Kristina, Shiloh refuses to let her go along. Sam and Shiloh go to Charlie’s looking for Kristina. Julian Jerome (William DeVry) tells Sam that Kristina isn’t there and to tell her she is about to lose her job if she finds her. Sam asks if Julian has tried to call Kristina, he has. Shiloh tells Julian to let them know if he hears from Kristina.

General Hospital Spoilers – Sonny Corinthos Is Worried About His Secrets

Alexis arrives at Charlie’s and runs into Sam and Shiloh. Alexis claims that Kristina said she got cold feet about a big decision and asked her to talk to Julian. Shiloh wants Alexis to have Kristina get in touch with him. Shiloh asks Sam to go back to the DOD house with him; she refuses. Shiloh hopes Sam’s commitment is more deep-rooted than Kristina’s; she assures him it is. Alexis speaks to Julian for Kristina and learns that Julian fronted Kristina a substantial amount of money. Alexis writes Julian a check for the cash Kristina borrowed to ensure she still has a job.

General Hospital’s Sonny tells Michael and Jason that a secret about him would be the most damning. Michael excuses himself to meet Jocelyn and give her a ride to the Quartermaine house. Sonny tells Jason his guy is starting to be a lot of trouble. Sonny says Kristina could have recorded him or gotten into this records. He wants Sam to find the pledges, Jason is afraid Sam will get caught. Sonny warns Jason that Margaux Dawson will prosecute him if he gets caught there.

General Hospital’s Michael talks to Drew about Oscar and Kim moving into the house. Michael welcomes Kim to their new home promising that everyone is there for them. Kim assures Michael that the rooms are excellent. The guest rooms at the Quartermaine house are huge compared to her apartment