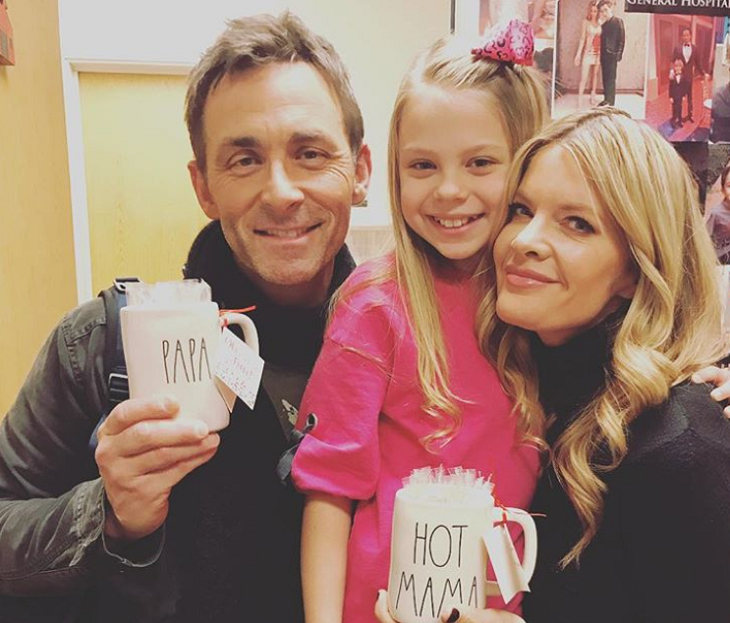 General Hospital spoilers tease that little Scarlett Fernandez (Charlotte Cassadine) and Michelle Stafford (Nina Reeves) will really miss working with each other as daughter and stepmother. Stafford is heading  back to “The Young and the Restless” to reprise the character she created, Phyllis Summers.

“I will miss you!” Fernandez wrote in an Instagram post that included a picture of her and Stafford. “Thank you for everything you did for me at GH to make me a better actor! It was always fun with you on set! Best of luck to you! Love always!”

The precocious nine year old old actress wanted to make sure her television mom knew how she felt, although General Hospital fans can be sure that she does.

I will miss you @therealstafford Thank you for everything you did for me at #gh to make me a better actor!! It was always fun with you on set! Best of luck to you!! ❤️ always!!

A post shared by Scarlett Fernandez (@officialscarlettfernandez) on Apr 12, 2019 at 6:28am PDT

In an earlier Instagram post from this past Christmas, another cute picture shows the pint-sized actress posing between her television parents, Stafford and James Patrick Stuart, each of whom was holding a coffee mug. Patrick’s mug said “Papa”, which is what her GH alter ego Charlotte calls her father Valentin Cassadine. And Stafford’s mug said “Hot Mama”!

There is no doubt that the television parents and child think a lot of each other, both on set as their General Hospital characters, and off set as well.

Luckily, both “The Young and the Restless” and “General Hospital” film in Hollywood. So even though the Los Angeles metroplex that includes Hollywood is big, it is not nearly as big as the whole United States. 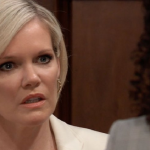 It would be a considerably larger distance between the two shows if The Young and The Restless filmed in New York City, as many of the older soap operas once did. So Michelle, James Patrick, and Scarlett should still be able to get together once in a while in their private lives, if not onscreen!