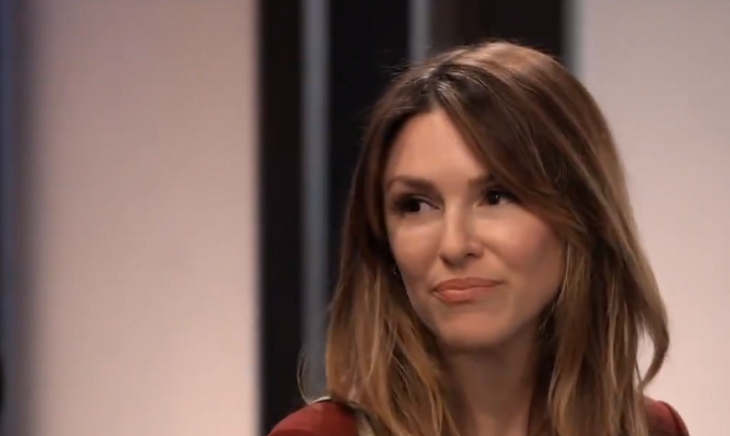 General Hospital spoilers tease that District Attorney Margaux Dawson (Elizabeth Hendrickson) will make a confession this week on General Hospital; is it possible that she, too, has become a member of Shiloh Archer’s (Coby Ryan McLaughlin) “exclusive” trust circle?

Margaux asks them if they’re sure that Kristina’s family doesn’t know where she is. It is true that Kristina is an adult and usually missing person cases start after 48 hours for adults, but she may be trying to get information out of them for Shiloh as well.

He already suspects Jason Morgan (Steve Burton) of kidnapping Kristina. So Margaux doesn’t want them getting too close to Dawn of Day or investigating within its walls.

Margaux may not make this confession to the two detectives if she’s become a trusted member unless it’s to throw them off Shiloh’s trail. If they mention Shiloh as a person of interest (which Chase probably won’t but Valerie might) then Margaux might tell them she knows him really well because she’s in his inner circle.

This would be proof that they are barking up the wrong tree when it comes to suspicions of Shiloh. Chase would want to protect Willow Tait (Katelyn MacMullen). So he won’t want to implicate Shiloh and have it come back on Willow.

General Hospital Spoilers – Things Could Get Even Worse

He doesn’t know for sure that Kristina’s family took her out either although he’s suspicious that they did, for her own good, of course.

Although General Hospital spoilers down the road say that Shiloh will be caught in his own web, there are yet no indications that the Shiloh story is nearly about to come to an end; and it’s a good bet that there will be many more twists and turns in the storyline.

It seems like their situations may get worse before they get better for Kristina, Willow, Sam McCall (Kelly Monaco), Jason, and Sonny Corinthos (Maurice Benard).

General Hospital Spoilers: Sam Is Determined To Recover Kristina’s Trust Pledge, How Far Will She Go