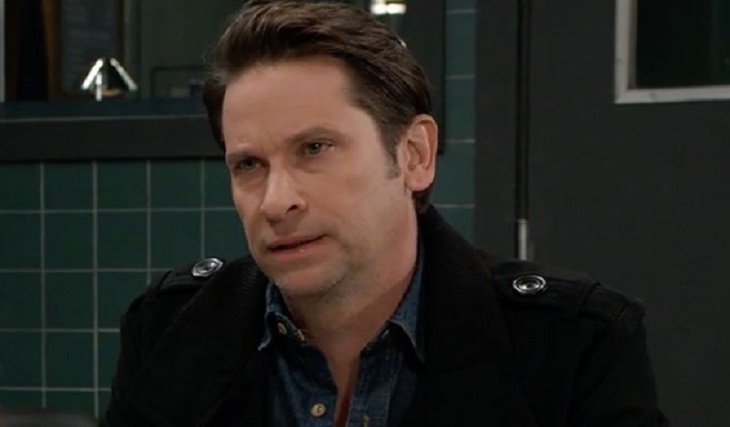 General Hospital spoilers say that Ryan Chamberlain (Jon Lindstrom) will take steps to make absolutely sure that his frame of Franco Baldwin (Roger Howarth) sticks! He is trying to frame Franco for the murders of Mary Pat Ingles (Patricia Bethune), Kiki Jerome (Hayley Erin) and the attack on Lulu Falconeri (Emme Rylan)! If he can find a way to tie Franco to Peyton Mills’ (John Patrick Jordan), he’ll do that too!

Ryan will take extreme measures to make sure that Lulu remembers her attack—but by Franco, not by him! General Hospital spoilers say that he will somehow get into Lulu’s room, past Curtis Ashford (Donnell Turner), and perhaps he will tell the best lie of all to do it, that he’s giving her therapeutic hypnosis to help her remember who attacked her, when really he’s planting suggestions! When Lulu remembers her attack fully, she’ll ID Franco instead of “Kevin”!

Lulu may be starting to remember some details of her attack already; in previews of Friday, February 1st’s episode, she sits up in her hospital bed and appears to wake up screaming.

General Hospital Spoilers: Kevin Fights Back, Feeds Ryan A Lie So He Will Get Caught https://t.co/vhWqDW1hAf pic.twitter.com/XkE8vOTU1W

Whether she is remembering the attack itself along with the attacker is unclear from the preview, and it may or may not be after Ryan has planted the suggestion that Franco is the attacker. She may just be having post-traumatic flashbacks or nightmares, which tend to be very garbled and disorganized, rather than actual memories of the event.

Franco’s in for a whole heap of trouble once Ryan gets done planting evidence for his frame-up of him; the one living victim will ID him, his patient file might include notes that he confessed to killings, and before it’s over with and he’s exonerated, it’s possible no one will believe him!

Drew Cain (Billy Miller) might or might not, but he’s pretty busy with his real family now, and other GH spoilers say that Elizabeth Webber (Rebecca Herbst) will prove her love for Franco in a dramatic way; that way might be believing Franco when not many others do!

Stay tuned to GH and keep checking General Hospital spoilers to see how Franco gets out of the frame, and Ryan gets exposed and caught!

Bold and the Beautiful Spoilers: Brooke Is About To Uncover The Ugly Truth