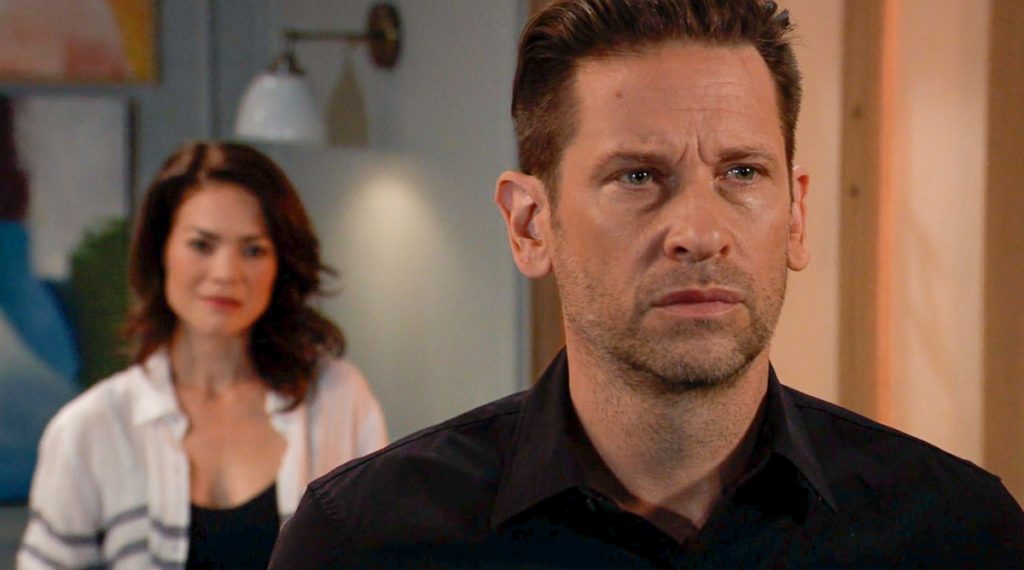 General Hospital spoilers indicate that some of our favorite Port Charles residents will be spending a lot of time in the courtroom in the coming weeks. That’s because Scott Baldwin (Kin Shriner) and Martin (Michael E. Knight) will be squaring off before a judge to see if Liz Webber (Rebecca Herbst) can gain control over her husband’s medical decisions. Here’s what you need to know.

As many fans know, Franco has not been himself ever since he had Drew Cain’s memories implanted in him. It’s been a tough several weeks, to say the least. To complicate things even further, Liz’s former best friend Kim Nero (Tamara Braun) has been putting the moves on Franco, simply because she thinks that he is the only way that she can get Drew and her past back.

Kin Shriner, who plays Scott on the hit ABC soap, puts it this way, “He says that he feels it’s time to give the toast that he didn’t get to give. He muddles though a toast that is sort of about how great the obstacles are that the two of them have overcome to have this wonderful relationship and marriage. She is touched.”

What’s more, Scott also tells Liz that should they lose the case, it won’t be the end of the world. That’s because he wants to thank her for everything that she has done for his son, through the good times and the bad. However, it’s also noted that Scott’s confidence is pretty low in this situation.

Kin added, “Scott Baldwin, attorney-at-law, never loses. He goes after it, he is always going full guns trying to win and he will use whatever means he has to, to win. So, basically he is just pep-talking her and saying, ‘You guys have overcome things and that’s great. Now, let’s go take this case and send it on home.”

So, does this mean that we might not see Franco back at home? Is his relationship with Liz destroyed forever? What will Kim do next? Needless to say, fans will have to tune in to General Hospital on the ABC network to find out what will happen next!