General Hospital Spoilers: Finn Has A Theory About The Virus Affecting Michael And Sasha 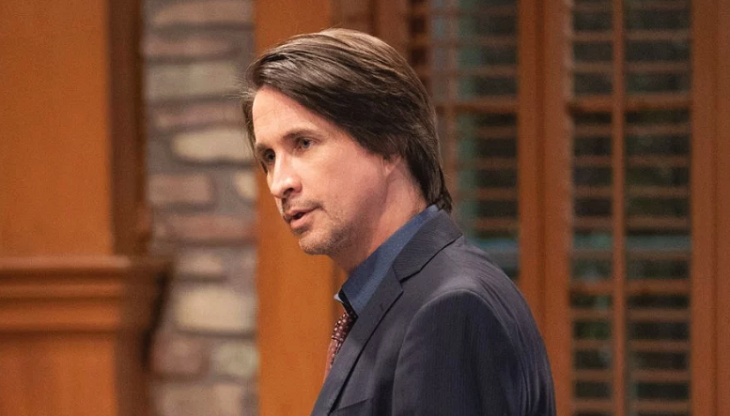 General Hospital spoilers tease that Dr. Hamilton Finn (Michael Easton) will have a theory about something this week on General Hospital. Could it be about the mysterious virus that both Michael Corinthos (Chad Duell) and Sasha Gilmore (Sofia Mattsson) developed at the same time at Volvolino’s Gym, which is owned by Sonny Corinthos (Maurice Benard)?

It seems strange that both of them would come down with the same thing at the same time while in the gym. Of course, it may be that it’s “just a cold” as Sasha kept saying, or it could be “just a plot point” for Sasha to admit the truth about her not really being Nina’s daughter!

It is true that gyms can be sweaty, germy places that would be ideal for people to contract viruses in. But a virus usually builds up and takes a few days for symptoms to be as bad as Sasha’s, and Michael is not feeling real good either.

Both have fevers and sore throats, and yes, those are symptoms of the flu, and sometimes people catch it in spite of having flu shots. However, with Finn being an infectious disease specialist, he could suspect that what the two have is actually not a virus, but a fungal or bacterial infection. If not caught in time, those types of infections can actually be deadly!

Legionnaires Disease is an example of a bacterial infection that can be deadly, and at first glance, may seem to be a virus because more than one person has it at the same time.

It happens when the bacteria that causes it gets into the air through a heating or cooling system and people breathe it in. It can become deadly very quickly, turning into a type of pneumonia that causes lung inflammation.

People can also become ill at the same time very quickly with fungal infections. Aspergillosis is caused by the airborne fungus aspergillus, and it too can make people very ill very quickly and is very serious.

However, General Hospital spoilers for later in the week have Michael in plenty of scenes and other spoilers tease Valentin Cassadine (James Patrick Stuart) will not approve of Michael and Sasha’s dating relationship.

He will be intimidated because Sonny Corinthos (Maurice Benard) is Michael’s father. So even if the two have a dangerous infection, Dr. Finn should be on top of it and they will recover quickly.

Bold And The Beautiful Spoilers: Hope Opens Up To Thomas During Terrifying Power Outage

Bold And The Beautiful Poll: Which Couple Will Survive – Lope Or Wally? Vote In Our Poll Now!