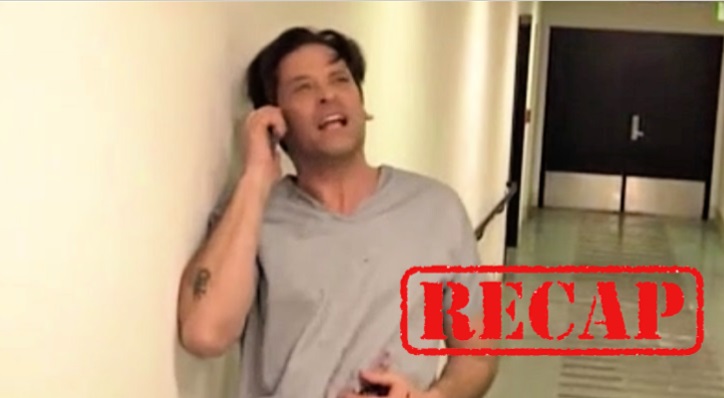 General Hospital’s Lulu (Emme Rylan) goes to her office at the Invader. Maxie (Kirsten Storms) tells Lulu she doesn’t have to do this right now. Lulu says she can’t shake the feeling she has missed a big part of these murders. Maxie takes Lulu’s hand, and they enter the office. Lulu said Franco’s (Roger Howarth) explanation of her attack didn’t make sense.

Maxie tells her it could have been a lot worse and Franco could have killed as many people as Ryan Chamberlain (Jon Lindstrom). Lulu starts to remember what happened the night of the attack. Lulu recalled there were two missing names from Ryan’s list. She thinks Deborah Jones has a connection to Ryan. Lulu finds a story on the internet. Lulu tells Maxie that Deborah Jones and Suzanne Smith make nine victims.

Ava (Maura West) is reading Franco’s confession. Scott (Kin Shriner) joins her and asks how many times she is going to read the transcript. She says she will read it until Franco’s (Roger Howarth) admission makes sense.

Scott asks Ava how she can believe that Franco killed Kiki (Hayley Erin). Scott tells Ava he told Franco about Kiki’s murder and he knows Franco didn’t kill her. Scott questions when Kevin is going to drop Ava like he did Laura. Ava tells Scott she and Kevin are engaged and says she isn’t going to deny herself happiness.

Cameron (William Lipton) reads the transcript to Jocelyn (Eden McCoy) and Oscar (Garren Stitt). He’s furious that Liz (Rebecca Herbst) bought Franco’s act and needs to get away after Liz’s continued support of Franco. The teens make plans to leave on their trip. 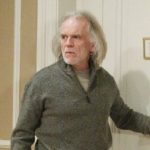 Cameron doesn’t think Jocelyn should use her money for this, but Jocelyn says it’s her choice. The four teens head for Niagra Falls in Oscar’s car and talk about their bucket list. Oscar says they might now have time to do everything on the list and Cameron hopes they never come home.

Drew (Billy Miller) goes to visit Liz , and they talk about his accident. Liz offers Drew a cup of tea and shows him that Invader posted a transcript of Franco’s interview. She kept waiting for Franco to say it was a mistake, but he didn’t. Liz looks for the tea, but Drew has to get it for her. Drew tells Liz he can handle making tea.

Liz says she believed in Franco but questions how she can continue to believe in him now. Liz reads the interview transcript to Drew. Liz questions why Franco would admit to killing Kiki when he could never do that. Drew tells Liz that Franco is trying to tell them something, but he doesn’t know what.

Ryan confronts Franco and demands to know who he thinks he is. He tells him he is throwing his life away for nothing. Franco understands how upset Ryan is and says Kevin thought he cured him. Ryan demands to know why Franco is taking credit for crimes they both know he didn’t commit.

Ryan demands that Franco tells the truth and asks what’s his plan. Franco tells Ryan that he and Jordan (Briana Nicole Henry) are working together on something. Ryan keeps pushing Franco to talk to him and he says he didn’t kill those people.

Franco tells Ryan about the phone Jordan gave him. Ryan asks Franco if he feels better after their talk. Ryan has a knife in his hand as they discuss the plan. He tells Franco the killer might kill again, starting with him. Ryan tells Franco about Jordan’s accident and he asks if Jordan is okay.

He pats Franco on the shoulder, turns to face him and stabs Franco in the stomach. He falls to the floor and pretends to be dying then yells for help. Ryan cuts himself to pretend Franco attacked him. Ryan starts to finish him, but a nurse interrupts.

Franco gets away from Ryan and locks him in a room while the nurse goes for help. The nurse lets Ryan out of the cell and Franco calls Jordan’s phone while trying to escape and tells her Ryan is the killer.