General Hospital News: Sam And Sonny Get Chummy – Could SamSon Ever Be A Thing? 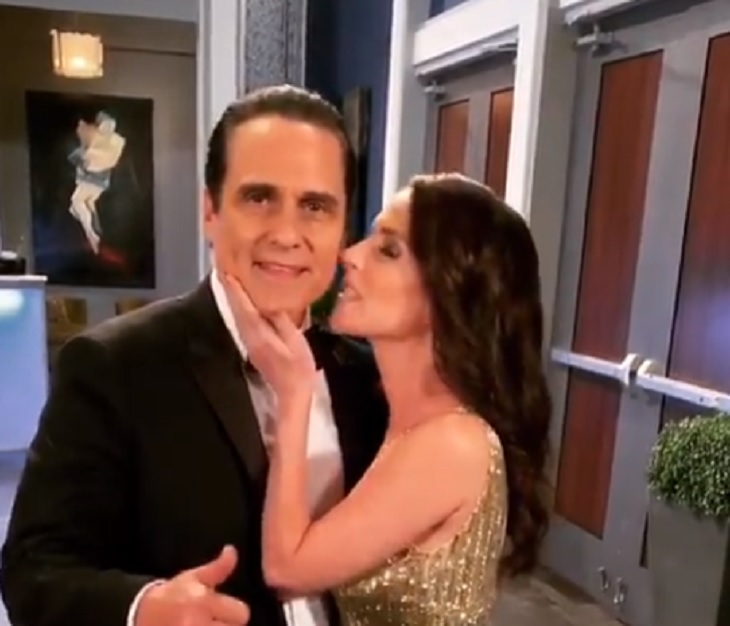 Wait a minute here…. could there be a chance that Sonny Corinthos (Maurice Benard) and Sam McCall (Kelly Monaco) actually be a thing? That’s what fans can’t help but wonder after Maurice shared a very interesting clip of the duo getting pretty flirty with one another. Thank goodness there was Jasper Jacks (Ingo Rademacher) nearby to blow out the flames. This is one video clip that you’ve got to see to believe.

Maurice shared the clip on his Instagram account and as you can imagine, it sure got a lot of attention! One fan wrote, “Maurice has become a ham for publicity on Instagram the guys on here everyday now talking about his goats his family is friends is politics and it’s all good love you brother,” along with, “I’ve always thought Sonny & Sam looked good together.”

Another fan wrote, “My goodness! Maurice is handsome! Sam has got a beautiful dress on but what is with her seems she is in another planet. Same behavior in general hospital and now she’s live and she still acting the same way.”

Carly Corinthos (Laura Wright) has always had a thing for her ex Jax and with Sonny Corinthos seemingly paying attention to everyone else but his wife, there’s a teeny tiny chance that Samson could happen. Of course, the only person who would object is Jason Morgan (Steve Burton). Jason might be someone who is very loyal to Sonny, but there is no way that he would just stand by and let Sonny take his woman right away from him (especially since he’s been patiently waiting in the shadows this entire time).

Longtime GH viewers will recall a brief romance with Sonny and Sam ages ago, and it didn’t turn out so well.  Both characters have been through countless romances and storylines since then, could it be time to revisit?

And while the writers for General Hospital haven’t made any comments about a Samson possibility, fans sure do have their opinions about it. Let us know what you think by dropping us a line with your thoughts below. Should Sonny and Sam get together? How would this change things for Sam and Jason? Let us know! General Hospital airs weekdays on the ABC network.