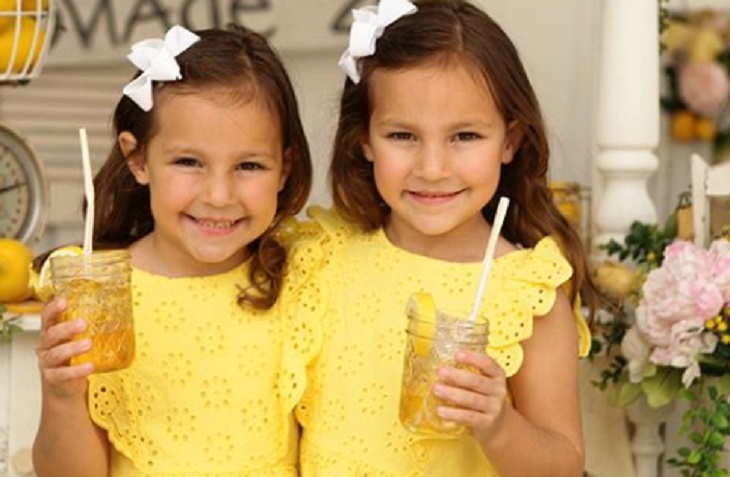 Avery Was Born On-Screen In 2014 Under Not The Best Of Circumstances!

As General Hospital viewers should recall, Avery was conceived in a mausoleum, on top of AJ Quartermaine’s (Sean Kanan) crypt! Basically Ava and Sonny Corinthos (Maurice Benard) had a one night stand and it pretty much equated to hate sex!

At that time, Ava Jerome (Maura West) had still been after Dr. Silas Clay, (Michael Easton), who was Kiki Jerome’s (at that time Kristen Alderson, later Hayley Erin) birth father, in spite of her telling Franco Baldwin (Roger Howarth) that he was the birth father when he still thought he was Jason Morgan’s (Steve Burton) twin brother. Nina Reeves, then Nina Clay (at that time Michelle Stafford, now Cynthia Watros) came to town a few months afterward and she wanted revenge for Ava stealing Silas away from her, who had been her husband.

She had recently come out of a twenty year coma and had been told she had miscarried the baby she was carrying because of the coma, and she wanted revenge on Ava for that too, so when Ava was around nine months along, Nina gave Ava a drug to induce labor, kidnapped the newborn Avery, and fled to Canada with Franco, who had come to care about Nina and didn’t want anything bad to happen to her or the baby. Franco eventually got Nina and Avery back to Port Charles with the help of the police.

A Custody Battle Soon Ensued Between Sonny And Ava

General Hospital viewers should also recall that a custody battle soon ensued between Sonny and Ava over Avery, and of course Carly Corinthos (Laura Wright) as is her habit, stuck her nose in the middle of it too and claimed Avery as hers to raise once she and Sonny were remarried.

During the time that Michael Corinthos (Chad Duell) was angry at Sonny for the death of AJ, which was Ava’s fault (she tricked Sonny into shooting AJ) he took care of Avery for a while; Morgan Corinthos (Bryan Craig) and Kiki also cared for her at different times.

General Hospital Spoilers: Will Kim And Carly Bond Over Their Grief? https://t.co/eYfR3j0F9C

Upon the development of Alzheimers’ Disease by Sonny’s father Mike Corbin (Max Gail) who had moved in with the Corinthos’, Avery spent the night in a horse stable with him, with Mike thinking she was his daughter Courtney Matthews (Alicia Leigh Wills) and Ava again fought for full custody, feeling that Avery was no longer safe in the Corinthos home.

More recently, Sonny, Carly, and Ava had agreed to share custody, but then as Ava became more involved with who she thought was Dr. Kevin Collins (Jon Lindstrom) but turned out to be his serial killer brother Ryan Chamberlain (also Jon Lindstrom) she slacked off on her visitations of Avery, and now she is having a hard time getting to see her again. Avery started pre-school around a year ago and should be starting kindergarten soon.