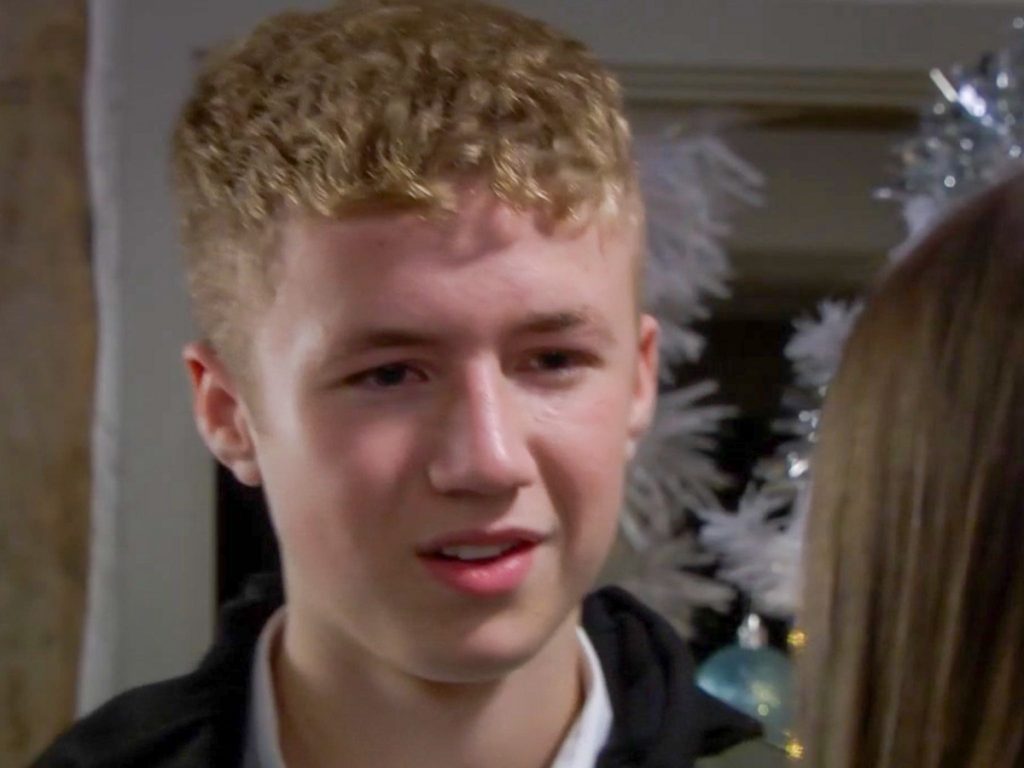 Emmerdale spoilers reveal Nate Dingle (Jack Downham) ends up being rushed to the hospital. Unresponsive and unconscious, it is teased that he will suffer tragic consequences from a drug overdose. Charity Dingle (Emma Atkins) blames Graham Foster (Andrew Scarborough), but could the person responsible be someone unexpected? There is a theory that Nate’s condition is Sarah Sugden’s (Katie Hill) fault.

For the past several weeks, Sarah has been making poor decisions. She has a crush on newcomer Danny (Louis Healy), who is a bad influence. He has already got Sarah drinking and even gave her a mysterious pill to take the edge off.

During all of her poor choices, Nate has been trying to talk some sense into her. He even follows her when Sarah sneaks off to see Danny.

Emmerdale spoilers suggest that Nate will have a health crisis. There are theories that he will end up at death’s door due to a drug overdose. Would he really winningly take drugs? After all, he’s been trying to protect Sarah from Danny’s bad influence and keep her from destroying her life.

There is a fan theory that in order to protect her, Nate grabs the pills from Sarah’s hand and swallows them. Could it be possible that this happens, making his health crisis her fault?

Emmerdale spoilers indicate that no matter how much Sarah likes Danny, he is not a good guy to be around. He seems interested in getting her to take pills and has even got her drinking alcohol. As fans know, she has experienced terrifying health problems, including beating cancer and a heart transplant. Taking drugs might just get someone else high, but they could end up killing her.

Emmerdale Spoilers – Who is to Blame?

Fans will have to wait and see what lands Nate in the emergency room. However, Charity is frantic and wants someone to blame. She goes after Graham, accusing him of causing this horrible fate to befall Nate. However, could Sarah be the one responsible for Nate’s condition? If so, will she have the courage to confess or will she stay silent while someone else gets the blame?

Be sure to tune in to catch up on everything happening with the soap right now. Come back here often for Emmerdale spoilers, news, update and rumors!