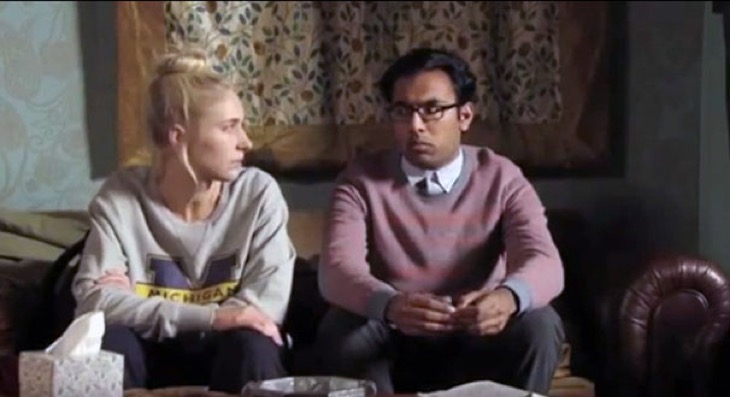 Speculations are spreading that Nancy Carter (Maddy Hill) and Tamwar Masood (Himesh Patel) might return to EastEnders after it was made known that they were going to finally tie the knot off-screen in Australia. Viewers of the soap are wondering if the couple will make an appearance on the show, albeit via video, since their nuptials were linked to Masood Ahmed’s (Nitin Ganatra) exit storyline.

Maddy Hill and Himesh Patel, who played Nancy and Tamwar respectively, left the show in 2016. Maddy decided to quit the soap because she wanted to take a break while Himesh wanted to explore new pastures and take on new challenges. Maddy has been part of EastEnders for two years and Himesh for a long period, about nine years.

Unfortunately, for the fans who are eager to see the couple return to the Square, Nancy and Tamwar’s wedding preparations, ceremony, and reception will not be shown onscreen, not even via Skype. The actors who played the characters, Maddy and Himesh, have not announced any plans of returning to the show anytime soon.

The two have been very busy since they were last seen in EastEnders. Maddy is playing Ruby Sparks in a BBC show, Casualty, while Himesh made a recent guest appearance in the Channel 4 sitcom Damned. Viewers are yet to find out which characters will come back to the show, as teased by Kate Oates.

As fans speculate and wait for the return of some characters, they also have to bid farewell to a show regular, Masood Ahmed. He will leave Walford and stay in Australia permanently. His exit coincides with Nancy and Tamwar’s wedding where he has been invited to attend. Where does this leave Kathy Beale who just got back together with Masood?

EastEnders spoilers say Kathy is set to accompany him to Australia for the wedding. Masood suggests that they relocate to the Australian outback permanently, a proposition that shocks Kathy. He also gives her a gift and viewers have to wait and see what it is and if she will accept it.