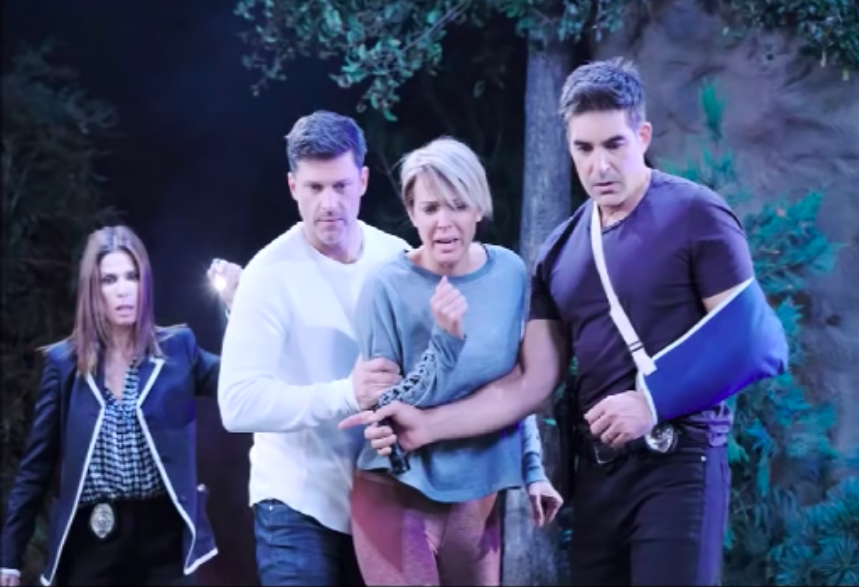 “Days of Our Lives” spoilers for the week of May 6-10 tease that Nicole Walker (Arianne Zucker) will get some devastating news. After Rafe Hernandez (Galen Gering) botches the chase for Holly Jonas (Harlow and Scarlett Mallory), the van believed to be carrying her will skid off he road and over the side of a cliff. Rafe and Ted Laurent (Gilles Marini) will head down to look for survivors, but things will take another bleak turn.

Days Of Our Lives Spoilers: Nicole Walker Emotionally A Mess

DOOL viewers can expect a horrible van explosion, which will leave Nicole hysterical in Eric Brady’s (Greg Vaughan) arms. “Days” spoilers say Holly will be presumed dead, so Nicole will have to accept that her beautiful little girl’s gone. She’ll be a mess as Eric encourages her to come home with him. He’ll be almost as distraught as Nicole is, but he’ll do his best to stay strong for her. 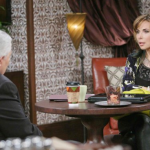 ‘Days Of Our Lives’ Spoilers: Maggie Discovers Victor In a Close Moment With Kate

Once Nicole has a chance to wrap her head around everything that’s happened, anger will set in. Nicole won’t be able to face the pain of losing Holly. She won’t be able to solve the why of the situation either. Nicole fought so hard to be a mother, so it’ll be hard for her to understand why she couldn’t have had happiness. Holly was what mattered most to her in this world, so she’ll be absolutely crushed.

DOOL Spoilers: Nicole Walker Blames Eric Brady For The Death Of Her Daughter

Since Nicole won’t be able to make sense of it or deal with her sorrow, she’ll choose to blame Eric. He’ll be an easy target since he vowed to look after Holly before Nicole’s own presumed death. “Days of Our Lives” spoilers say Nicole will lunge at Eric in his apartment. She’ll shout that he promised to protect Holly and demand to know why he didn’t do something.

Nicole will feel like Eric should’ve stepped up and made sure Holly wasn’t in danger from the drug cartel. She’ll think if Holly wasn’t at the DiMera mansion, none of this would’ve happened. Of course, “Days” fans know that’s not true. Xander Cook (Paul Telfer) would’ve found Holly no matter what since he’s the one who stole the kid from her bed.

Jack's doing well in the polls but what about in his marriage? #DAYS pic.twitter.com/Jk4h92RQj4

Days Of Our Lives Spoilers: Holly’s Death A Hoax

Thankfully, there’ll be a twist in this hot plot. Holly will actually be alive and well! “Days of Our Lives” spoilers say she’ll remain with Xander and Ted, so that’ll be a bomb that drops eventually.

It sounds like a dramatic week’s ahead in Salem. We’ll give you updates as other “Days” details and rumors emerge. Stay tuned to DOOL and don’t forget to check Soap Opera Spy often for the latest “Days of Our Lives” spoilers, rumors, updates and news.

What You Need To Know About 2019 Daytime Emmys: Where To Watch, Who Is Nominated and More!